Home » Gaming » Among Us on Unblocked Games 76

Among Us on Unblocked Games 76 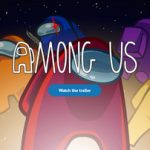 Unblocked Games 76 is a website that allows you to play games that may be blocked by your network connection due to the administrator changing the permissions your computer has available to it. Schools, for instance, have always ever since I was in high school several decades ago now, blocked some websites from being viewable by students. Some websites have found ways around these types of network blocks, which is why Unblocked Games 76 exists.

Can You Play Among Us Unblocked Games 76?

Among Us is not available to play on Unblocked Games 76 today. But the site does continually add new games to its database (it isn’t just a site with 76 games!). In fact, there are over 1,500 games on the site already. So, if you leave enough comments on this article so the website developers can see it, they may add the game you request. Often it is the most popular games websites such as these want to add to their databases because their goal is to satisfy the most people possible. And we have had quite a few requests regarding the status of Among Us on Unblocked Games 76 which is why we are piecing together this article.

Games like Among Us are popular on Unblocked Games 76. Here is a quote from the site on two-player games:

Another popular category is Two Player Games unblocked. A lot of people love games like this because it‘s always fun to play with a friend (mostly on the same screen). Such games are fascinating. You can see the actions of your rival and compete with him. Games such as Tank Trouble, Fireboy, and Watergirl or Basketball Legends unblocked fell into this category. But you can choose other interesting games.

I have checked for a way to contact Unlocked Games 76 but no page exists. So, try to leave as many comments as you can on as many sites as you can and they might get the message.

Also, if you are a gamer and know of similar sites where people can play an unblocked version of Among Us, please leave a comment where readers can play. Thanks.

Mat Diekhake is the editor of ConsumingTech.com. He has been inseparable from the internet since Web 2.0 in 2005, and by 2008 decided on a career in IT. With a never ebbing desire to cover technology, he spends most days consumed by Windows, Linux, and Android in particular. Though he has spent innumerable hours learning consumer software in general, formally and as an autodidact, and has personally authored over 10,000 articles since 2010. He is a qualified Microsoft Windows systems administrator (MSCA). Read Mathew's full biography. Mathew's social profiles: Twitter, Facebook, Instagram, LinkedIn, and Github.
« Idle Breakout Hack» How to Make a Chest in Terraria