How to Set Up VPN Connection in Windows 10 [Tutorial]

VPNs (Virtual Private Networks) are becoming evermore popular as time goes on so you can prevent websites from snooping when you browse, use public WiFi securely, get access to region-restricted websites such as torrents that have been blocked by your local governments or the United States Netflix movie and TV programming selection from abroad, and more.

While widespread use of VPNs around the world could create some problems for the internet—who knows how it would support itself and how advertising would work without being able to see people’s locations—it’s probably safe to assume that more people would use one if they knew how. Using a VPN doesn’t make you a bad person either just because it might create some changes to the world, privacy is a right and VPNs are perfectly legal and currently accepted as tools that everyone can use.

If you do choose to go down the route of hosting a VPN server yourself, you’ll need to connect it up with the Windows 10 operating system. You can achieve that by using the guide below. For everyone else, there’s nothing you need to do to the Windows operating system when you sign up to a VPN service coming from someone else’s servers—like if you were to sign up to one of the leading VPN services online and use their website for example. In those cases, you will be using that companies VPN servers instead, and very little is required on your end.

It then asks for your VPN provider, the connection name, and the server name or the server address. You have no choice but to fill in all those details accurately before it works. Click on the “Save” button at the bottom of the window before you exit or else the data won’t be saved and it won’t work. If you struggle with this area, it isn’t easy to fix because Windows 10 doesn’t give error codes like it used to–the error codes were actually pretty handy for researching what was wrong. Now, though, you’ll want to pay attention to the exact wording that Windows gives in the error and copy and paste it into a search engine and grab the results for your troubleshooting ides. 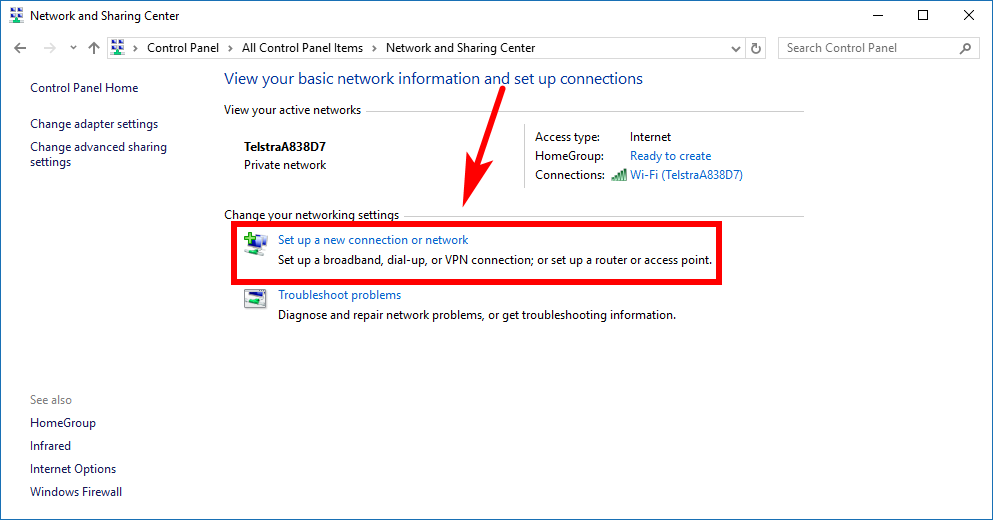 Highlight the “Connect to a workplace” link under where it says for you to Choose a connection option and then click on the “Next” button at the bottom of the window. 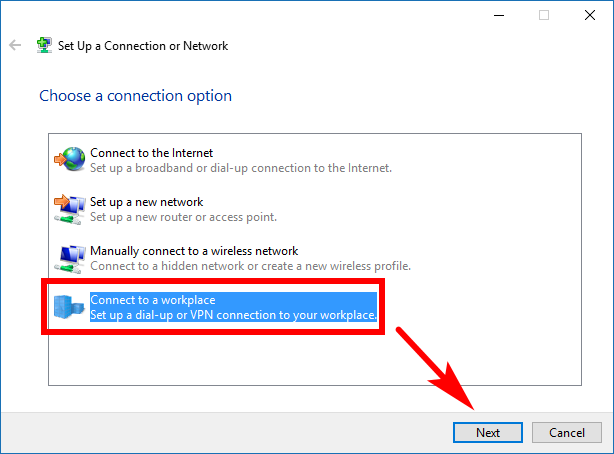 Click on the “Use my internet connection (VPN)” link under where it is asking you how you would like to connect. 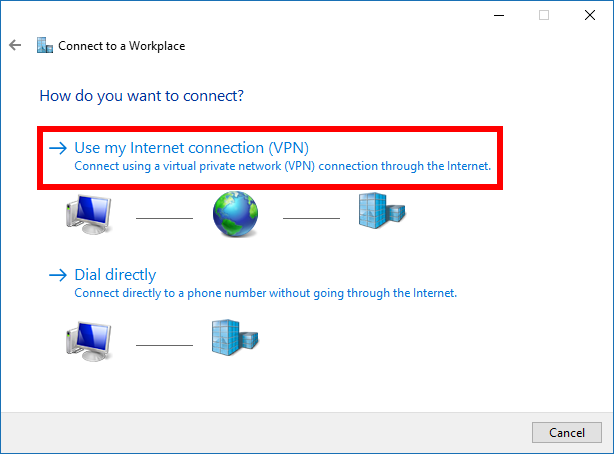 You’ll then need to enter your internet address and destination name. There are also a few checkboxes down beneath that area that you could choose to alter at your own accord. By default the “Remember my credentials” is checked, so you don’t need to keep entering them the next time you go to set up the same VPN service. You might also want to allow other people to use the connection depending on your circumstances. (The same rule applies as we mentioned for the Settings app part above where if you get these details wrong it won’t work, and because there are no error codes in Windows 10, diagnosing things is a little trickier. You can still copy and paste the exact sentences that come up on the screen and enter those into Google and see what they bring up. With a bit of luck, they’ll help you troubleshoot the problem because other people will have been through the same thing. YouTube is also very helpful in this area.) 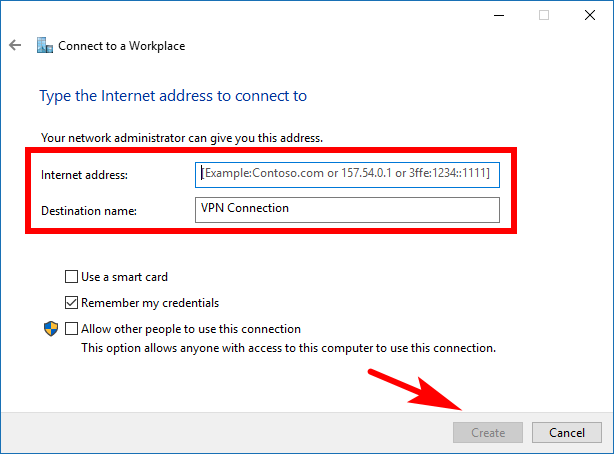 How to Add VPN Connection in Windows PowerShell

Whether you need to set up a VPN through your Windows 10 operating system or not will depend on what type of VPN services you choose—it’s there for the people who want to host the VPN server themselves instead of singing up to a service that hosts the VPN for you—but Microsoft has made it as easy to use as possible for the ones looking to use it.

Mat Diekhake is the editor of ConsumingTech.com. He has been inseparable from the internet since Web 2.0 in 2005, and by 2008 decided on a career in IT. With a never-ebbing desire to cover technology, he spends most days consumed by Windows, Linux, and Android in particular. Though he has spent innumerable hours learning consumer software in general, formally and as an autodidact, and has personally authored over 10,000 articles since 2010. He is a qualified Microsoft Windows systems administrator (MSCA). Read Mathew's full biography. Mathew's social profiles: Twitter, Facebook, Instagram, LinkedIn, and Github.
« How to Use Run Command in Windows 10 [Tutorial]» How to Find IP Address in Windows 10 [Tutorial]