Home » Tutorials » What Is Microsoft’s OneDrive, And Why Would I Want to Use It?

What Is Microsoft’s OneDrive, And Why Would I Want to Use It?

When cloud storage first came out, it seemed a little bit too complicated for the average user to bother to try to understand what it was and most of the people I know of who started using it were tech writers and people who were living lives heading toward the closer to geek status that most. Then to make matters even worse for cloud storage, the most prominent news about it next was that your files are probably not very secure when being hosted in the cloud, and we all know how much the average user loves their privacy.

The combination of complexity and insecurity has left many people still not using cloud storage at all, even to this day. But if I were to hazard a guess, I’d say that cloud storage isn’t going anywhere anytime soon, and there is a reason for that: it’s actually incredibly useful and will serve most people a very handy purpose as we head into the future. 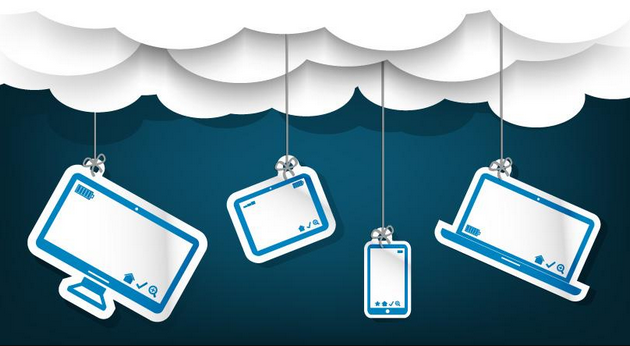 If you were one of the people who thought that using stuff in the “cloud” was too confusing to bother to spend any time in researching and were just hoping that it would go away, we could tell you that you’re not alone. Before spending days on end researching as much as I could about the cloud just so I get this article right, I too was not exactly a cloud storage expert. And I’ve even come across people who thought that cloud storage was—if their words are to be believed—people storing stuff up in the sky.

The easiest way to understand cloud storage is that it offers a place for you to store your files that are not on your hard drive. The so-called “cloud” is actually just a room full of servers, and what servers host your files will depend on what company you sign up with. Each company who is offering this cloud storage owns their own servers. There are quite a few different companies that offer cloud storage now, and one of the biggest names of all is Microsoft with their OneDrive cloud storage solution for people to use.

It doesn’t really matter what company you choose to sign up with, but generally speaking the larger the company, the cheaper they will offer their services and the more likely they are not to shut down. If you want to support the little guy for the sake of helping the world, then you’re more than welcome to do that, too, but you should also understand that it technically would be a more significant risk of potentially losing the files—these are just private companies and could go bust at any time.

You don’t need to understand anything about servers to start using cloud storage: your storage that will be hosted on the server is the same as the storage you have on your hard drive. It’s just to give you the space you need to host files and then you use up that space. You can choose how much space you want to have on the cloud server: many companies opt to give a small amount of space for free and then will charge a fee if you want more, and then a higher fee if you want more again, and so on. That’s about as technical as it gets on your end: just be consciously aware of how much space you have because if you go over it then it runs out and you won’t be able to upload any more files.

Another advantage that the more substantial cloud hosting services have is that they have more money to spend on things like security. Many people don’t use cloud storage for security reasons (they worry that someone will manage to hack their data and then use it). That is how some of the largest websites today have managed to get their hands on celebrity images that they shouldn’t have. When this cloud technology was new, many people were using it when using their smartphones without even realizing it, and their data got comprised. That one case I’m referring to now was Apple’s cloud storage service, and the celebrities were using iPhones. So as you can see, even the larger cloud hosting services that include Apple can’t get security right, and if it weren’t for hackers purposefully targeting Apple instead of some of the smaller companies, then you’d probably find many of those smaller companies getting hacked just as much if not more. But also important to understand when thinking about the cloud today is that the security has been improved after these incidents. Whether the security is so good that there are no more vulnerabilities at all is hard to say, but if any cloud hosting service isn’t going to have any vulnerabilities, it will be Apple, Microsoft, or another large cor[oration pumping lots of money into it.

While signing up to cloud storage from Apple or Microsoft can mean more attention from hackers since they know these are the servers that are hosting so many famous people’s pictures, you also need to understand that the value here is the fact that they are celebrity pictures and not everyday people like most of you or I. In other words, your pictures are far less likely to be compromised and stolen when using Apple or Microsoft than a celebrities. And if you keep your clothes on and don’t share any financial information that would comprise your savings if it fell into the wrong hands, then there is very little that anyone is going to care about being hosted up there so you would no longer need to worry about hacking.

Mathew Diekhake is a certified Microsoft systems administrator from Australia and also the editor of ConsumingTech.com. With a never ebbing desire to cover technology, he spends most days consumed by Windows, Linux, and Android in particular; however, he has spent innumerable hours learning consumer tech software in general, formally and as an autodidact, and has authored tens of thousands of tutorials and news articles since 2011. Mathew has obtained numerous Microsoft certificates and is a qualified sysadmin (MSCA). Read Mathew's full biography. Mathew's social profiles: Twitter, Facebook, Instagram, LinkedIn, Github, Reddit.
« How to View Telemetry Data that Microsoft Collects on Windows 10 [Tutorial]» Mozilla Firefox 58.0.1 Fixes Windows Page Load Problems