With Android, we can use a lightweight operating system that offers us heaps of functionality. Just the way it is now, it offers people enough reason to start using the OS over the likes of Windows at times. You can even find dual boot tablet PCS now that can boot Windows or Android depending on what you planned on doing today or just what you planned on using today. While Android is easily comparable to Windows, there is one key difference: Android is a locked operating system, and Windows is open to allowing you to have administrator permissions.

There is a way in which people can use the Android operating system with administrator permissions, and that is by rooting the device in question. Rooting unshackles the chains from the operating system so that users now have full control over what is installed and what isn’t installed. 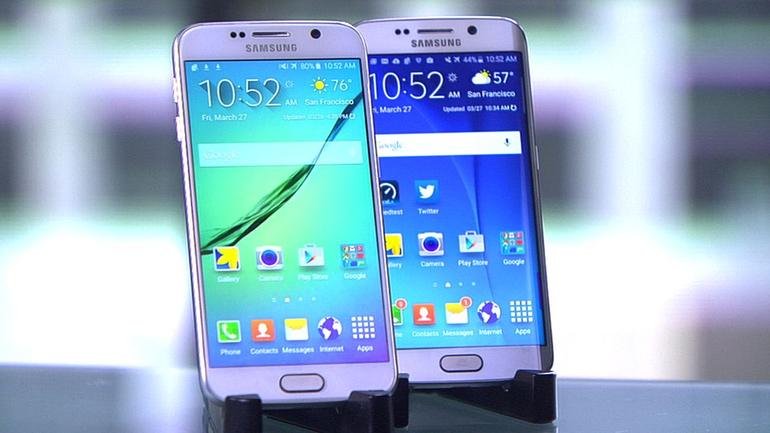 The CF-Auto-Root tool found in this guide is based on the MMB29K.G925SKSU3DPAC firmware build number which we can tell you did roll out somewhere around the world as an over the air software update. You do not need to be flashing that same software update (firmware) on your phone using the Odin flashing tool before you begin this guide. The build number is given by the developer because he says some Samsung devices refuse to boot old images and when that happens you can use the build number as a guideline with regards to the period that this rooting file is created.

You must have the Samsung Galaxy S6 Edge smartphone that comes with the SM-G925S model number to use this guide. The rooting packages by Chainfire are usually peculiar to the model number and flashing the wrong file on the wrong model number can mean a brick situation.

Note that the CF-Auto-Root tool voids most warranties because rooting usually voids warranties. Moreover, the rooting file in this guide trips Knox security if it is running on your device. Most of the best Samsung smartphones have the Knox security running which is Samsung’s way of being able to tell if you have rooted it before.

There could be some software updates that arrive in the future over the air for devices based on Android 6.0.1 Marshmallow that bring new bootloaders with them. When that happens, the CF-Auto-Root files need to be updated by the developer. For him to know a file needs updating, he replies on people submitting the new recovery image file to the official CF-Auto-Root thread at the XDA-Developers website so he can see your message and then apply the updates. Those updates are automatically reflected in our guides, so you know you always see the latest version of the file possible.

Once you have checked your root status and can see that your phone is rooted, you can start installing your root requiring applications from the Google Play Store and any other sources online. One of the apps we recommend you check out is the Titanium Backup application which can backup your device and freezes all system apps. That means you can remove the bloatware without having to go to the effort of installing a custom ROM on the phone.

Moreover, anyone who needs to get the device rooted still can try booting the Samsung Galaxy S6 Edge smartphone into the recovery mode manually by pressing the hardware button combination mode for that once the flashing completes.

Anyone who is still stuck with the Galaxy S6 Edge unrooted can try downloading another version of the Odin flashing application which is available to download and install on your computer in a few different versions. Chainfire, the developer of the CF-Auto-Root tool, gives us the Odin 3.10 in the latest rooting guides for his tools, but that will not always work for everyone. Due to Odin never being officially released, it is not the most reliable flashing tool out there, but it normally does the job for most people. For everyone else, you should try installing a few versions and try flashing until one of them works for your device. To this day, nobody has ever not found at least one version to flash for a device. Furthermore, even though there are many numbered versions of the flashing app, there is no version that is not compatible with the Samsung Galaxy S6 Edge smartphone.

Everyone who has rooted the Samsung Galaxy S6 Edge smartphone can immediately start removing the bloatware, overclock the CPU and GPU, install a custom recovery such as the infamous TWRP Recovery by Team Win, use way more apps from the Google Play Store, check out custom ROMs, kernels and loads more. You can read more about all of those rooting features in more details by checking out our article on all things you can do with your rooted Samsung Galaxy S6 Edge smartphone.

We can now check out the best root applications to run on the Android operating system and find some we would like to install now that we have become the root user on the Samsung Galaxy S6 Edge smartphone.

Mathew Diekhake is a certified Microsoft Systems Administrator from Australia and also the founder and editor of ConsumingTech.com. With a never ebbing desire to cover technology, he is mostly consumed by Windows, Linux, and Android. However, he has spent stacks of hours learning about a variety of computer software, both formally and informally, and has authored tens of thousands of tutorials and news articles since 2011. Mathew has obtained many Microsoft certificates and is a qualified sysadmin (MSCA). Read Mathew's full biography. Mathew's social profiles: Twitter, Facebook, Instagram, LinkedIn, Github
« Root Samsung Galaxy S6 Edge SM-G925K on Android 6.0.1 Marshmallow» Root Samsung Galaxy S6 Edge SM-G925R4 on Android 6.0.1 Marshmallow