The Microsoft Windows operating system offers a native way to remotely connect to other computers [from the computer you are currently using]. I say native, but it does require the installation of an app that is developed and owned by Microsoft called the Remote Desktop app.

The following tutorial demonstrates how to remove the remote desktop connection when using the Remote Desktop app when you run it in any version of the Windows 10 operating system.

You can remove a remote desktop connection in the Remote Desktop app via the Saved PCs section. Here is where to find it:

Note: Some versions of Windows 10 will let you know when a new app has been installed with the text “new” next to the app’s icon in the Start menu. 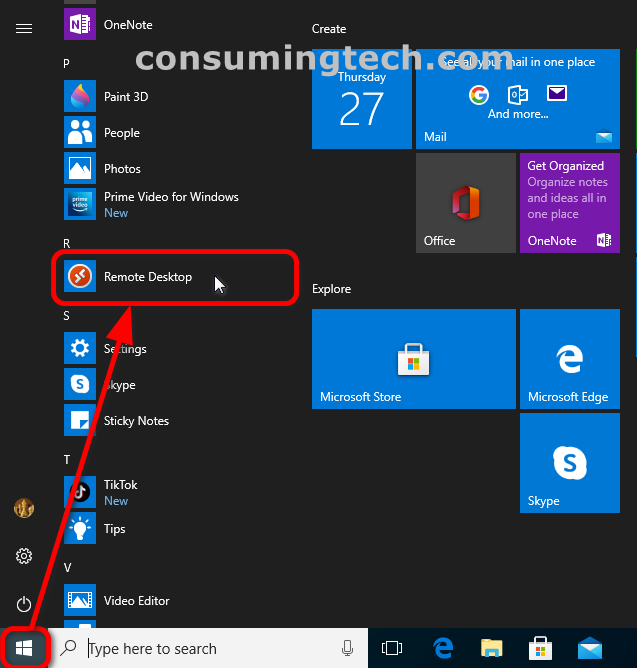 2. Assuming you have already added a remote desktop connection before, click on the Saved PCs drop-down menu, click on the three-dotted settings and then click Remove. 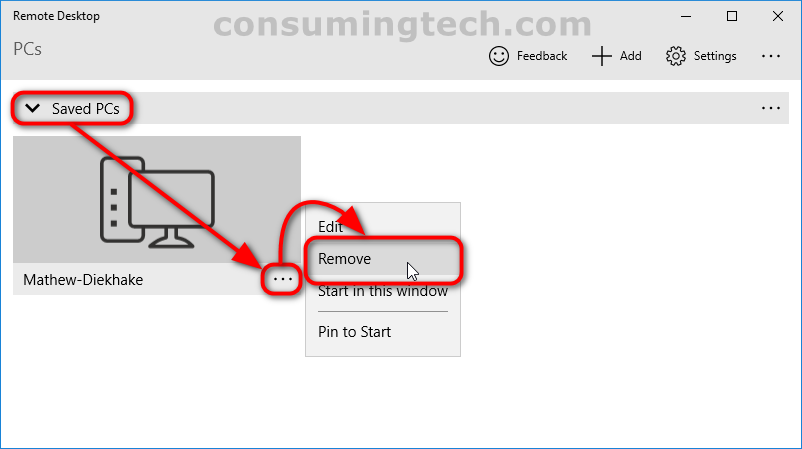 In conclusion, that is how to remove a remote desktop connection when using the Microsoft Remote Desktop app in Windows 10.

Mat Diekhake is the editor of ConsumingTech.com. He has been inseparable from the internet since Web 2.0 in 2005, and by 2008 decided on a career in IT. With a never-ebbing desire to cover technology, he spends most days consumed by Windows, Linux, and Android in particular. Though he has spent innumerable hours learning consumer software in general, formally and as an autodidact, and has personally authored over 10,000 articles since 2010. He is a qualified Microsoft Windows systems administrator (MSCA). Read Mathew's full biography. Mathew's social profiles: Twitter, Facebook, Mastodon, Instagram, LinkedIn, and Github.
« How to Change Global Settings in Microsoft Remote Desktop App in Windows 10