What is mobile VoIP

Mobile VoIP, otherwise known as mVoIP for short, is the latest craze masses are flocking to lately since it comes with cheaper mobile solutions for personal use and is by far more efficient. There are now two main communication types are supported via mobile, including cordless for short-range services and 3G or 4G communications for long-range communications. 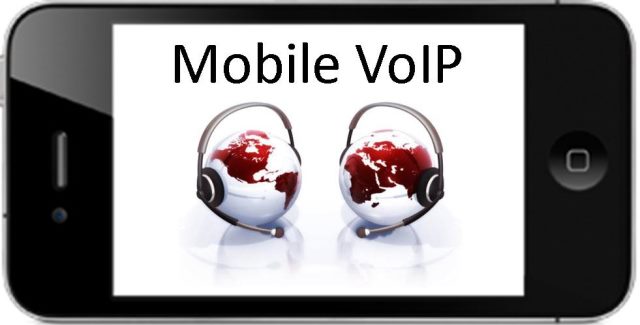 Scouring the web, you’ll find different companies covering mobile VolP services. Broadconnect is one example of a company based in the United States who are known as a mobile VoIP provider which can connect you with all available communication types. Some people and businesses like to use multiple VoIP providers, while others use all features coming from the one provider.

Technology is always moving fast, and if you want to stay up with the times, you’ll need to get to know VoIP. If you are using a smartphone — whether it be an iPhone, Android or from any other OEM — you should have noticed software updates in recent times to introduce free VolP for voice technology. VoIP stands for “Voice over IP” and is your gateway to free calls over the internet that don’t rely on a cell phone signal at all, so long as you are connected to the internet around your home or office. The other alternative is to connect to a 3G or 4G network.

Broadconnect USA is a pioneer of VoIP technology and has over 20 years of experience in the industry. In addition to that, they are available to give clients 24/7 support so their problems — a key for any company you might decide to choose when looking for one that fits your needs.

While iOS and Android software updates offer the VoIP support, you still need a VoIP provider before you can think about making calls.

Why you want to use mobile VoLP

The main attraction with mobile phones is making calls on the go, so why would anybody want to be stuck around an IP communication having to make calls? While there is plenty of merit to that argument, it’s also important to note that mobile phones can be expensive to run. Furthermore, just because we have a smartphone in our pockets doesn’t mean we aren’t sometimes around a WiFi or IP connection because we are. Simply put, VolP shouldn’t be a substitute for your cell phone towers — you will still use them on the go all the time. However, for some people who are often looking to cut costs and are around a WiFi signal, might prefer switching over to VolP technology. In fact, as somebody who regularly blogs on technology-based websites covering smartphones running software like iOS and Android, I can assure you that many people are adapting to the VolP technology and starting to use it consistently.

Settings up mobile VoIP is simple: download any service providers software or an application and then you can start using the technology to make free mobile VoIP calls provided you are connected to WiFi or a 3G/4G network.

Some of you might know mobile VolP as VoLTE now since phone carriers such as T-Mobile launched the new service during 2014. From there, many US phone carrier networks followed suit, including AT&T, Verizon and more. VoLTE offers some amazing services such as free video calling to go along with the free phone calls. Once you replace the old 3G signal for voice will mean you can be assured there is at least one less radio sucking power out of your device when you are in an LTE area. That’s the catch: you must obviously be within an LTE area.

As I’m sure most of you already know, mobile phone software already has features built-in to the software that comes with video calling. Take Google Hangouts for instance, or even Skype. However, unlike those other options already present, VoLTE comes directly to the contacts list so you can find a special icon next to the caller’s name with additional options that allows the user to change the camera preferences.

In short, our standard mobile VoIP service is now outstretching to LTE services and it’s now the ‘norm’ for phone carrier networks to offer a LTE connection so users can take advantage of voice over IP technology — and with far greater connection quality than was previously available.

The world knows smartphones since the original iPhone launched back in 2007. You might not know it, but VoIP technology for mobile devices has been around not long after the birth of the iPhone. Moreover, it wasn’t always trending up either, according to recent statistics made public which shows a downward trend in VoIP subscriptions for mobile phones during 2013. North America owns just over 25% of the world’s VoIP market share, with both Europe and Asia holding larger pieces in the pie chart. Nevertheless, VoIP subscriptions show the United States leading the way with roughly 35% of the world’s subscriptions and that number is likely to climb heading into the future.

Mat Diekhake is the editor of ConsumingTech.com. He has been inseparable from the internet since Web 2.0 in 2005, and by 2008 decided on a career in IT. With a never-ebbing desire to cover technology, he spends most days consumed by Windows, Linux, and Android in particular. Though he has spent innumerable hours learning consumer software in general, formally and as an autodidact, and has personally authored over 10,000 articles since 2010. He is a qualified Microsoft Windows systems administrator (MSCA). Read Mathew's full biography. Mathew's social profiles: Twitter, Facebook, Mastodon, Instagram, LinkedIn, and Github.
« Root LG Nitro HD Using SuperOneClick Tool» Root Transformer Prime TF101/TF201 On Android 4.0.3 ICS