Microsoft has introduced a new command line app, called Windows Terminal, you can use instead of Windows PowerShell and the Command Prompt application. Windows Terminal will also offer Windows Subsystem for Linux (WSL) support as well.

For a while now Microsoft has been welcoming user feedback and have shown they’re more interested in following what the crowd wants rather than their own ideas. And for a corporation to be acting in such a way, we should all be more than satisfied with the democratic way of finding new features available on our operating systems. 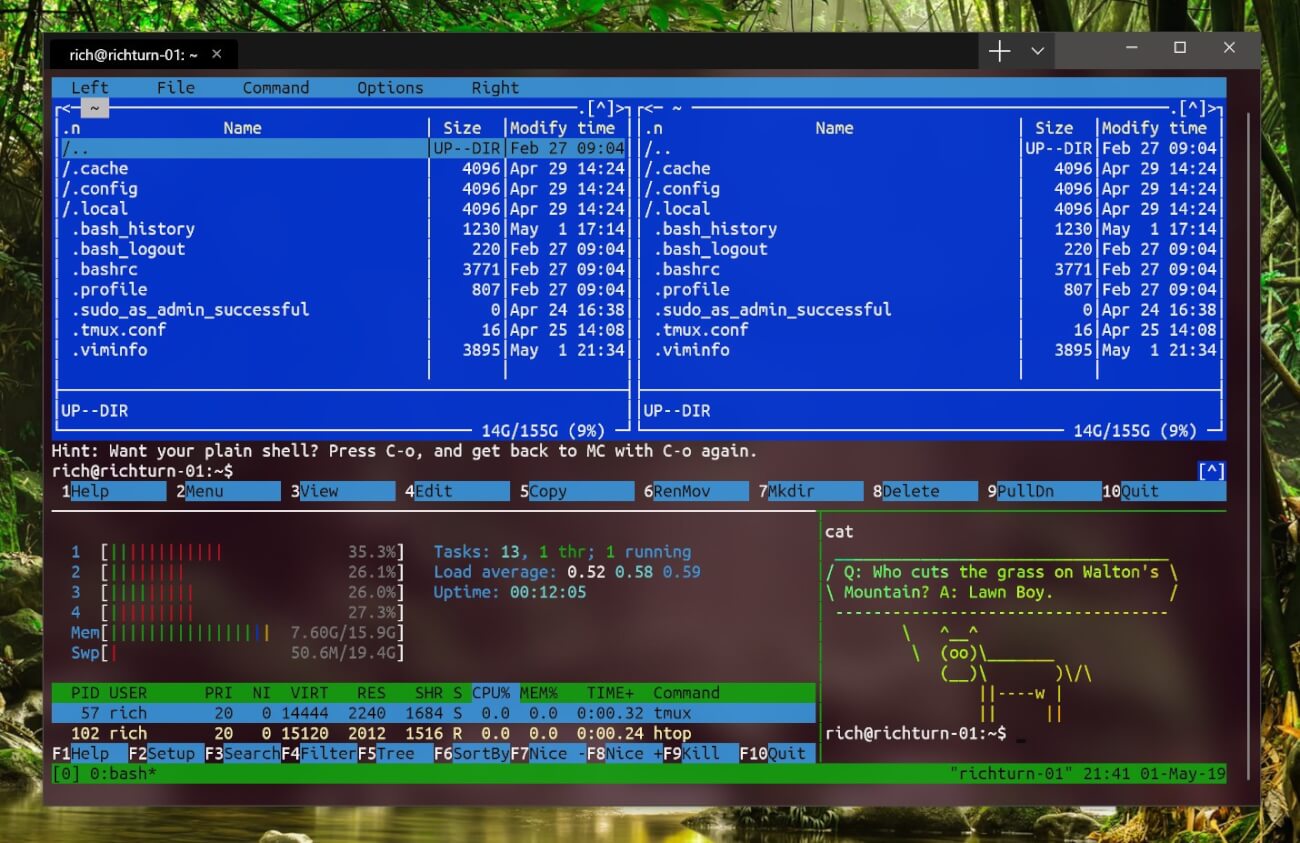 If you were to visit the Feedback Hub app, you would have seen that one of the biggest talking points among Windows users was the wish for Microsoft to add support for tabs in File Explorer and the command line. Those sentiments were around for a while, but there was no word from Microsoft about whether that would be happening. Today we have a potential answer to why. Here is the quote from Kayla Cinnamon:

The primary goal of the Windows Console is to preserve backward compatibility with existing command-line tools, scripts, etc. While we’ve managed to introduce many key improvements to the Console’s features (e.g. adding VT and 24-bit color support, etc. see this blog post), we are unable to introduce further meaningful improvements to the Console’s UI without “breaking the world.”

In short, Microsoft wasn’t able to make several tabs work from the existing command line apps, and if the feature were to become available, it would need to be done from a new application that is built differently.

The new Windows Terminal app is more than just an app that solves people’s problems with Windows 10 thus far, though. Most are reporting that it is going to replace the Command Prompt and even PowerShell entirely.

Not only can you use new tabs within the same Windows Terminal window, as you would with an open web browser app, but you can also use and execute Command Prompt, PowerShell and Subsystem for Linux commands from the same Terminal window as well.

So, how happy are we about this app? Most commands we run can be done from the Command Prompt and PowerShell, but not all commands, so there are some advantages there. We don’t use Linux commands (yet), but the overall design of Windows Terminal looks great, and we can’t wait to start using it.

You have everything you need to get started (including the hot new Terminal). ???#MSBuild

Mathew is a qualified Microsoft Windows systems administrator (MCSA) who has covered OSs, browsers, the internet, and related tech since 2011. He is the founder and editor of ConsumingTech.com and is a freelance tech writer for various publications around the Web. Mathew graduated from DDLS Melbourne (now Lumify) in 2011. He grew up in Melbourne and lives in rural Victoria, Australia. Read Mathew's full biography. Mathew's social profiles: Twitter, Facebook, Mastodon, Instagram, LinkedIn, and GitHub.
« Microsoft Build 2019: Introducing Microsoft Search» Microsoft PowerToys Rebooted in GitHub for Windows 10