How to unroot Oppo Find 5 Mini

Have you already had the courage to root your Oppo Find 5 mini handset and now wish to return the handset back the way it was before you made any changes? You can do that by following this unrooting guide. Doing so will also restore your device’s warranty so you can send it away for free repairs. You should understand that following this guide will unroot so you can no longer use any root-only apps or keep a custom ROM running.

If you decided to give your Android operating system on the Oppo root access, it means that you gave yourself full admin access to the hardware, just like an administrator would on a Windows PC. While giving those permissions back up is a difficult choice, it’s often the right choice to make. Google states that the reason they don’t automatically give root access to device is since it can be a security risk. Having root access means that malware could potentially find exploits from the root access far easier than it could with the system locked down under the factory restrictions. Furthermore, root access allows uses to delete important data from the system. That data would otherwise be locked away in a place where users could not access it. You don’t want to delete important files. 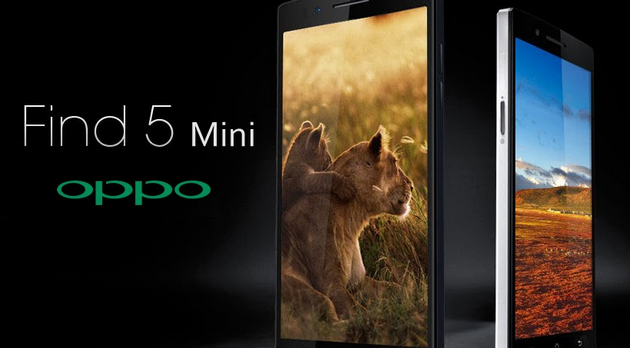 HOW TO UNROOT THE OPPO FIND 5 MINI

2. Connect the Oppo phone to the computer with the USB cable.

3. Transfer the stock firmware file (zipped) to the internal storage SD card on the phone.

4. You can now unplug the Oppo phone from the computer.

5. Power down the handset completely and reboot to recovery mode.

6. To do that, hold the Volume Down and Power keys together and release when the screen changes.

7. Now choose the option for applying an update from SD card from the menu.

8. Now upload the stock firmware file you transferred to the internal storage a minute ago.

9. Wait for the file to finish flashing and you’re done.

Unrooting the Oppo Find 5 Mini means that you now have the stock version of the Android ROM working the same way you would if you were to have just opened the smartphone out of the box for the first time. You can continue accepting any software updates that might roll out in your direction by your phone carrier networks, and the device will update as usual. You would need to find another guide that works for rooting your device on your current Android version if you wanted to rerun root applications.

Mathew Diekhake is a certified Microsoft Systems Administrator from Australia and also the Founder and Editor of ConsumingTech.com. He is Windows and Android obsessed but has spent stacks of hours learning about a variety of computer software, both formally and informally. Mathew has obtained many Microsoft certificates and is a qualified Systems Administrator (MSCA). Read Mathew's full biography. Mathew's social profiles: Twitter, Facebook, Instagram, LinkedIn, GitHub.
« Motorola Moto G Turbo Edition Specs, Features and Overview » How to remove Google Search Bar from home screen in Android