The Motorola Moto G 2014 is the newest smartphone under the same name and the first generation since being sold by Google to another manufacturer that isn’t owned by Google anymore. It’s the Lenovo name that has the rights to this phone now, although Google and Motorola are still ostensibly friends as the “Hello Moto” company was very quick in line for the latest version of the Android software: Android 5.0. It could be one of the motives for Lenovo deciding to purchase Motorola from Google, so they too get quick updates in the future after being affiliated with the company from Mountain View. 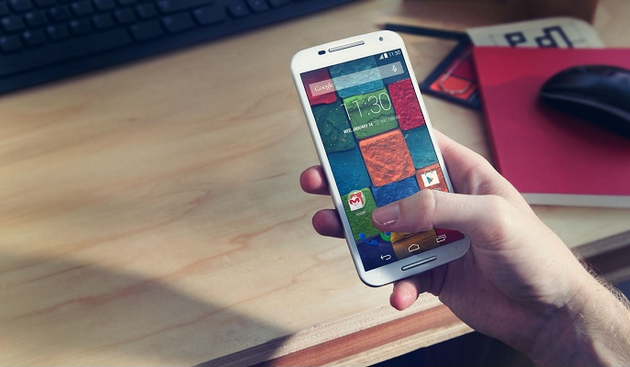 The security patches that have been included are interesting because it directly applies to rooting. Apparently, the Google developers are making it harder to open up the device away from the default factory restrictions even though it’s still based off of the same open source Linux kernel. WIth apps like Android Pay now involving people’s finances, it is important that hackers don’t get a chance to steal your money, and keeping apps stuck within their default fenced off areas is the perfect solution. You only get that solution when root access is not running. There are tools out there now that allow you to toggle off root access temporarily so you can start using apps like Android Pay. We’ll touch on that briefly after the guide.

So why would you want to unlock your device with root access? Well, it lets you remove the bloatware from phone carrier networks and device manufacturers. Android always comes clean from bloatware, but Android doesn’t stop a manufacturer and phone carrier network from installing a bunch of stuff after they hand it over to them. A manufacturer often likes to change things so that the software you see is different when you buy something from them compared to other device manufacturers. Phone carrier networks also like to get apps installed so you start using them and it makes them more money. Luckily Motorola runs nearer to stock Android than most, and therefore it doesn’t come with much bloatware. However, other phone manufacturers such as Sony or Samsung do have lots of bloatware that people often prefer having removed. After uninstalling the default apps, you are freeing up memory space; thus creating better battery performance for your device, as well as giving your phone more room to install other things that you actually plan on using. There are also some benefits to the hardware longevity when you take away programs or applications that were installed. Furthermore, you can also use your root access to find some custom ROMs with apps like the ROM Manager. New ROMs completely change the way your device looks and feels. You might also be interested in custom firmware for extra features. Above all, people root Android just to take advantage of the additional apps available from Google Play that cannot run on a stock device that hasn’t had the operating system unlocked from the factory restrictions.

How to root the Moto G 2014 running Android 5.0 Lollipop with CF-Root

You can verify that it is working by installing any of the root checker applications available on the Google Play Store. Any root checker app will do as long as it is developed well. We can make a choice easier for you if you want. The same root checker app also comes as an APK file if you prefer installing the file that way. You can do that by downloading it to your computer and then using a File Manager or just installing it directly from the web browser application that you always use when on Android.

You don’t have to get custom recovery image installed before following the guide above for rooting your Motorola phone. However, Philz Touch recovery is up for grabs for this device and can be installed now from XDA Developers if you wanted to have that as well. It doesn’t matter if you install your custom recovery images before or after rooting. It’s just a lot of the time people need the custom recovery image for the root access. As said, that is not the case this time around when using CF-Root.

The CF-Root is made by the same developers (Chainfire) as the CF-Auto-Root. You also have the same kind of root access. You can run all the same root apps, but you still don’t have a solution for Android pay with this method. For that, you’ll need to look into installing magisk or a combination of SuperSU and SUHide.

You’ll need to install your root apps from sources around the web; they don’t just magically appear on your device. Most root apps are sitting on the Google Play Store. You’ll need to know the names of them before you can find them there though because Google doesn’t offer any simple navigation that separates the root apps from the standard apps. You can find out the names of many of the best root apps and then search for them on the Play Store and get them installed. If they aren’t available from Google Play, then be careful what sources you choose to download them from. Installing apps from outside Google Play is not as safe as it is when you browse Google Play because other sites don’t have Google monitoring them for malware and Google doesn’t run any type of a virus scan when you install them.

Mat Diekhake is the editor of ConsumingTech.com. He has been inseparable from the internet since Web 2.0 in 2005, and by 2008 decided on a career in IT. With a never-ebbing desire to cover technology, he spends most days consumed by Windows, Linux, and Android in particular. Though he has spent innumerable hours learning consumer software in general, formally and as an autodidact, and has personally authored over 10,000 articles since 2010. He is a qualified Microsoft Windows systems administrator (MSCA). Read Mathew's full biography. Mathew's social profiles: Twitter, Facebook, Instagram, LinkedIn, and Github.
« How to Root Samsung Galaxy S4 I9500 on Android 4.4.2 KitKat (XXUGNI2 Firmware) After Recent OTA Release» How to Root Motorola Moto G XT1063 on Android 5.0 Lollipop