How to Root Huawei P9 Lite on Android 6.0

The Android Marshmallow operating system that is running on the Huawei P9 Lite comes to us locked out of the box, and it requires unlocking if you want to be the root user. The root user account is naturally there with Linux kernels, but it is taken away for added security benefits. Unfortunately for people who love developing smartphones, that does not go hand in hand. People need the bootloader to be unlocked, and a custom recovery to be installed before they can do anything like install another ROM.

There are also heaps of applications out there available from the Google Play Store that allow people to change the operating system like the Tasker app. Some apps are perfect for adding more features to what the existing operating system can do, and others can tweak your user interface almost the same to what a custom ROM can do in its own right. The Xposed Framework is an excellent example of an app that attempts to substitute much of what people get from a custom ROM. 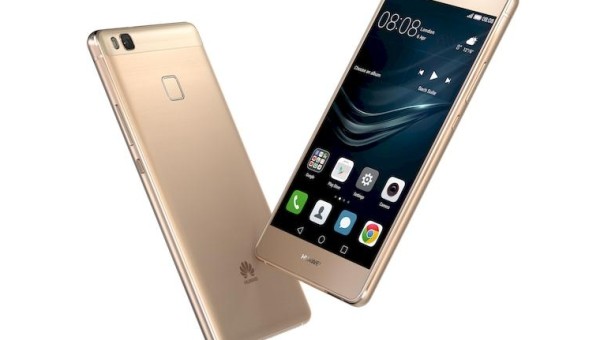 Rooting the Huawei P9 Lite phone when it is operating on the Android 6.0 Marshmallow software updates is done by using versions of the SuperSU application. Recent software updates like Marshmallow have changed the way SuerSU works a little bit, so you need to download the right version of the SuperSU app. SuperSU for Marshmallow is a systemless version which means it no longer needs to modify anything in the system partition. The result for people who are root user is a cleaner operating system, but it can also be unrooted easier. All it takes to unroot now is a factory reset whereas before you needed to flash a stock ROM or open the SuperSU app and unroot from within the SuperSU app that is in the app drawer. As soon as you are finished with the guide below, the SuperSU application is available from the app drawer, and since you installed it from the custom recovery image itself, it is going to be fully installed and enabled. If you had of just download the SuperSU app from the Google Play Store, it would not be enabled at all, and that is the difference to going to all this trouble of installing it from the custom recovery partition.

In conclusion, that is how to root the Huawei P9 Lite phone when you have it running on the Android 6.0 Marshmallow software updates by using the systemless root version of Chainfire’s SuperSU application and a custom recovery image of your choice. The P9 Lite phone reboots back into the normal mode once you choose to reboot the system and then you may open the Google Play Store and install one of the root checker applications. There is a basic version of the root checker app available for everyone to install that is free, and it is enough to check the root status of the smartphone.

Now users have finished rooting the Android operating system they might be wondering what to do next. Well, rooting Android is almost always about what applications people can install. Our list of the best root apps for Android details at least sixty of them for people to connect, but thousands of apps are now available and at your disposal. The Xposed Framework is one of them and an excellent example why people love rooting Android. With Xposed installed, users can do neat things like manage app permissions. AppOpsXposed restores the App Ops feature that Android developers took away after Android 4.4.2 Kitkat software updates. The AppOpsXposed is a Xposed module that allows people to manage applications again just like the old days. Users can find it in the Android settings’ user interface after installation.

Mathew Diekhake is a certified Microsoft Systems Administrator from Australia and also the founder and editor of ConsumingTech.com. With a never ebbing desire to cover technology, he is mostly consumed by Windows, Linux, and Android. However, he has spent stacks of hours learning about a variety of computer software, both formally and informally, and has authored tens of thousands of tutorials and news articles since 2011. Mathew has obtained many Microsoft certificates and is a qualified sysadmin (MSCA). Read Mathew's full biography. Mathew's social profiles: Twitter, Facebook, Instagram, LinkedIn, Github
« How to Install Custom Recovery on Huawei P9 Lite» Root Samsung Galaxy S7 SM-G930P on Android 6.0.1 (Sprint)