How to Root Samsung Galaxy Note Edge N915G on Android 5.0 with CF-Auto-Root

The Samsung Galaxy Note Edge is the first of its kind to come with the display folding over one of the sides. It comes out of the box with Android 4.4 KitKat and is likely paving the way for what we are seeing in future smartphones releases with an extremely modernistic bezel.  As you probably know, there are numerous model numbers for each part of the globe it’s seeing a release. Furthermore, the US-based phone carrier networks each have their own model number. Today we are teaching our readers how to root the Australian Edge so our Aussie friends can start customizing their devices with Custom ROMs, additional application available from the Google Play Store and custom firmware.

On the subject of custom ROMs, we can’t install any of it without first gaining root access. It is unlocking the system internal so the default factory restrictions are taken away. That allows third-party developers to create packages that use known exploits in the OS. The same exploits are often patched in future Android software updates. That’s why the files you must use are always constantly changing. 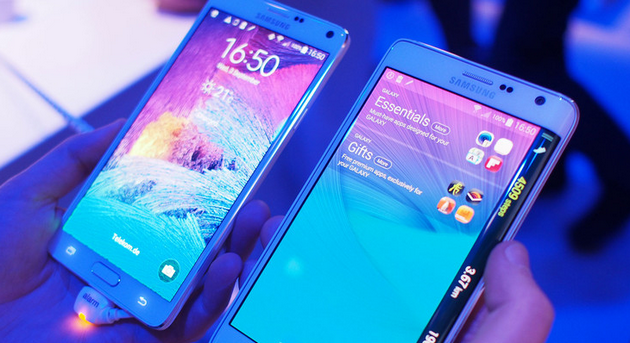 We are using the work of Chainfire here today. Chainfire has been working extremely hard and coming up with files for several smartphones and tablet lately and issuing root access for nearly every variant of the Note Edge is clearly up there on his priority list.

Before starting any guide, first you must read through the essentials so you know everything you need, what risk there are and how to not lose any data. As you know, the CF-Auto-root doesn’t wipe the ROM of your phone. That means all of the data is kept if all goes well. Sadly, we cannot guarantee everything does go well; therefore, it’s always a great idea to back up all of the data including SMS texts, call logs, EFS folder, market applications, phone contacts and more. Unfortunately, no one application or tool backs everything up for us. Helium for Android is our preferred method for storing the contacts and market apps, SMS backup is the best way to back the text messages. Those with the OS unchained already ought to check out Titanium. Google offer their own Google Drive service that gives extra space for backing up in the cloud and so forth. There are countless options out there for you to make sure you make copies of the data. You can store your pictures on the computer by creating a new folder and uploading them.

3. Extract both files to the desktop of the PC

5. Boot the Edge in Download Mode by holding the Power with Home + Volume Down keys at the same time.

6. Connect the Edge to the computer with the USB wire.

7. Watch as Odin shows the device as “added’ to the app.

8. Click the PDA button and upload the rooting file.

9. Leave the default settings as they are.

10. Reminder in case you adjusted them previously:
– Auto reboot and F reset Time on.
– Re-partition off.

12. Don’t touch any buttons until the flashing finishes.

15. Download the root checker application from Google play to check if it is working.

Mathew Diekhake is a certified Microsoft Systems Administrator from Australia and also the founder and editor of ConsumingTech.com. With a never ebbing desire to cover technology, he is mostly consumed by Windows, Linux, and Android. However, he has spent stacks of hours learning about a variety of computer software, both formally and informally, and has authored tens of thousands of tutorials and news articles since 2011. Mathew has obtained many Microsoft certificates and is a qualified sysadmin (MSCA). Read Mathew's full biography. Mathew's social profiles: Twitter, Facebook, Instagram, LinkedIn, Github
« How to Root Sprint Samsung Galaxy Note N915P Edge with CF-Auto-Root» How to Root Samsung Galaxy Note Edge N915T for T-Mobile Subscribers