First, it was Evasi0n, and then it was an iOS update, then an Evasi0n update, then an IOS update. I think you get the picture. The good news? Well, there is lots of it. It seems the iOS 6.1.1 update for iPhone 4S may have been to actually fix some bugs and problems as a pose to just being a pain in the butt for jailbreaking.

If you are one of these people with an iPhone 4S and you have noticed some bad cellular performance, whether it be connectivity issues or poor reliability, then updating to iOS 6.1.1 is what you need to do. Normally, this would be an issue for jailbreaking, however, that’s where the other good news comes in. 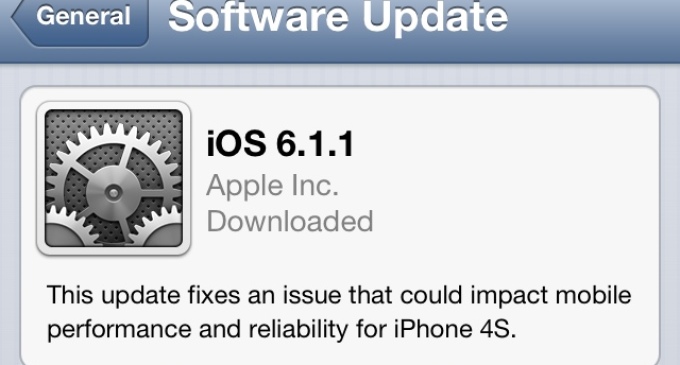 The Evad3rs team have already made an Evasi0n version 1.3 that you can use to jailbreak iOS 6.1.1 untethered with. As like the other version, jailbreaking with Evasi0n v1.3 is simple to do. If you are interested in updating to iOS 6.1.1, follow the link. If you have already updated to iOS 6.1.1 and are looking to jailbreak it using Evasi0n then check out the guide after the jump.

Step 1. Go ahead and get your copy of Evasi0n downloaded. Choose the right download for your respective computer: Windows, Mac or Linux.

Step 2. Update to iOS 6.1.1 if you haven’t already. This article we made earlier on downloading iOS 6.1.1 shows you how.

Mathew Diekhake is a certified Microsoft Systems Administrator from Australia and also the founder and editor of ConsumingTech.com. With a never ebbing desire to cover technology, he is mostly consumed by Windows, Linux, and Android. However, he has spent stacks of hours learning about a variety of computer software, both formally and informally, and has authored tens of thousands of tutorials and news articles since 2011. Mathew has obtained many Microsoft certificates and is a qualified sysadmin (MSCA). Read Mathew's full biography. Mathew's social profiles: Twitter, Facebook, Instagram, LinkedIn, Github
« How to Block Phone Numbers from Calling You» How to Downgrade iOS 6.0.1 to iOS 5.1.1