The official Android 5.1 Lollipop is out now and doing the rounds for the list of Google-owned nexus devices before the rest get the opportunity to flash the same.

This time it’s the 2012 edition of the Google Nexus 7 WiFi tablet that has the factory image available for you to install by following the easy guide below. Make sure you check out the pre-requisites after the jump before getting started so you don’t miss what you need before installing the LMY47D firmware build. 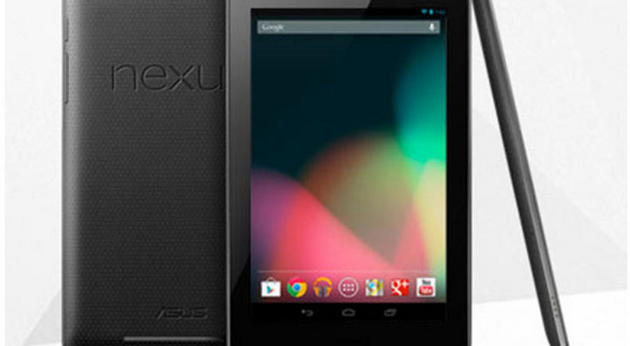 HOW TO FLASH THE OFFICIAL ANDROID 5.1 LOLLIPOP LMY47D FACTORY IMAGE IN THE 2012 NEXUS 7 WIFI TABLET

2. Power down the tablet completely.

3. Boot it back up in Fastboot Mode (press Power and the Volume Up buttons at the same time to turn it on and enter fastboot/bootloader mode).

4. Extract the firmware file to the desktop of the computer.

5. Transfer the file over to the /platform-tools directory.

6. You’ll have three different factory image files in the directory to use depending on the operating system of your choice.

8. Choose the correct file for your OS and flash the same and you’re done!

You are now rocking the Nexus 7 WiFi from 2012 with the latest version of Android (5.1 Lollipop) available for any device. You’ll now find all the same features you’ve been reading about with regards to the Android 5.1 Lollipop software update available on your device. With a bit of luck, there’ll also be a root method available soon so you can start installing the root applications once again as well.

in Android, Tutorials No Comments

Mathew Diekhake is a certified Microsoft Systems Administrator from Australia and also the founder and editor of ConsumingTech.com. With a never ebbing desire to cover technology, he is mostly consumed by Windows, Linux, and Android. However, he has spent stacks of hours learning about a variety of computer software, both formally and informally, and has authored tens of thousands of tutorials and news articles since 2011. Mathew has obtained many Microsoft certificates and is a qualified sysadmin (MSCA). Read Mathew's full biography. Mathew's social profiles: Twitter, Facebook, Instagram, LinkedIn, Github
« How to Root Galaxy Note 3 on N900XXUEBOB2 Android 5.0 Lollipop Firmware» G906SKSU1BOB8 Android 5.0 Lollipop Galaxy S5 LTE-A OTA Update Live for All Carrier-locked Handsets