How to Add AV1 Codec Support to Windows 10 [Tutorial]

If you thought MPEG was just a file format, you would be wrong. It turns out that MPEG is short for Moving Picture Experts Group, and it means that there is big business behind the use of these MPEG files.

There are now some nonprofit groups coming along to offer an alternative to the big name video codec giants of the industry. Alliance for Open Media (AOMedia) is one that creates the open, royalty-free video coding format called AOMedia Video 1 (AV1).

AOMedia has grown large enough now not just because of its brilliance but also because it was founded by some of the biggest names in the industry, including Amazon and Google itself.

The following tutorial demonstrates how to add the AV1 codec support so you can play videos from your account in Windows 10.

How to Add AV1 Codec Support to Windows 10

1. Download the AV1 Video Extension (Beta) app from the Microsoft Store and install it on your computer. The app is free. (click to enlarge screenshot below)

2. The app shows up in the Apps & features section of the Settings app and will automatically run so you can start playing the Av1 videos.

Note: Since this app is in its beta stages still, you may find incompatibilities. if you wish to uninstall it, you can do so from the same Apps & features part of the Settings app.

Should you still be using a version of Windows that shows stats for nerds, or you’re using a website such as YouTube, you can look for the av01 for Codecs. If you see it there, then the video is using the AV1 codec. (click to enlarge screenshot below) 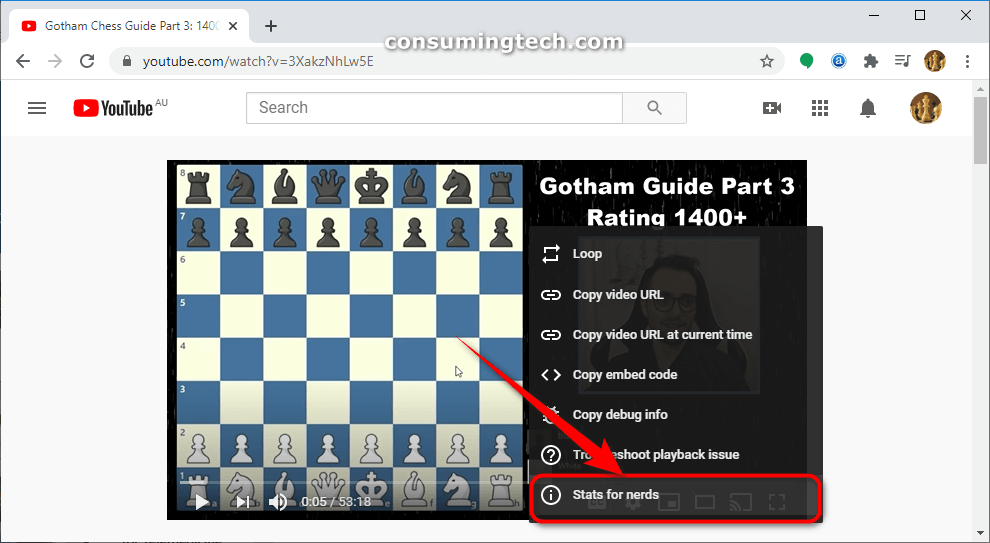 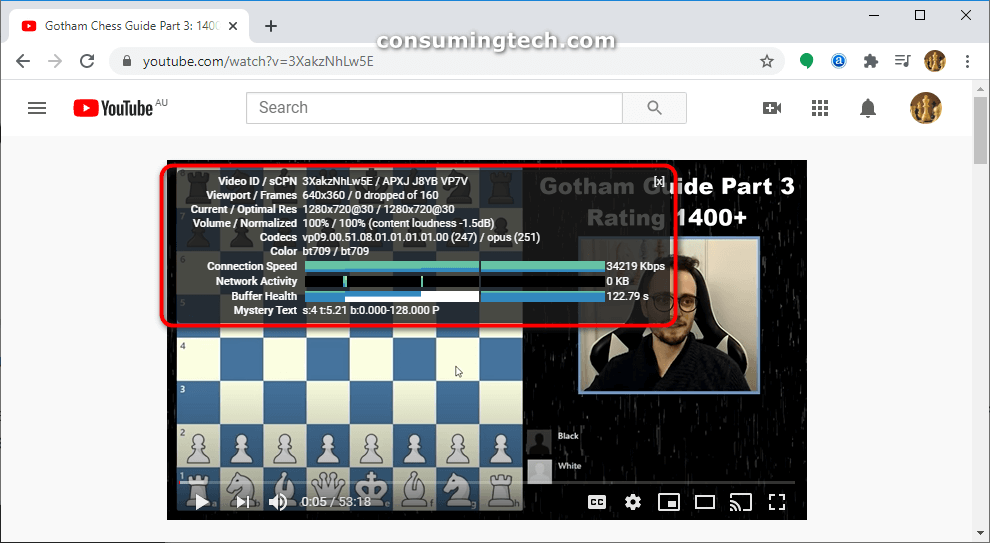 Mat Diekhake is the editor of ConsumingTech.com. He has been inseparable from the internet since Web 2.0 in 2005, and by 2008 decided on a career in IT. With a never-ebbing desire to cover technology, he spends most days consumed by Windows, Linux, and Android in particular. Though he has spent innumerable hours learning consumer software in general, formally and as an autodidact, and has personally authored over 10,000 articles since 2010. He is a qualified Microsoft Windows systems administrator (MSCA). Read Mathew's full biography. Mathew's social profiles: Twitter, Facebook, Mastodon, Instagram, LinkedIn, and Github.
« How to Change Active Hours for Windows Update in Windows 10 [Tutorial]» How to Enable AV1 Video Support on YouTube [Tutorial]