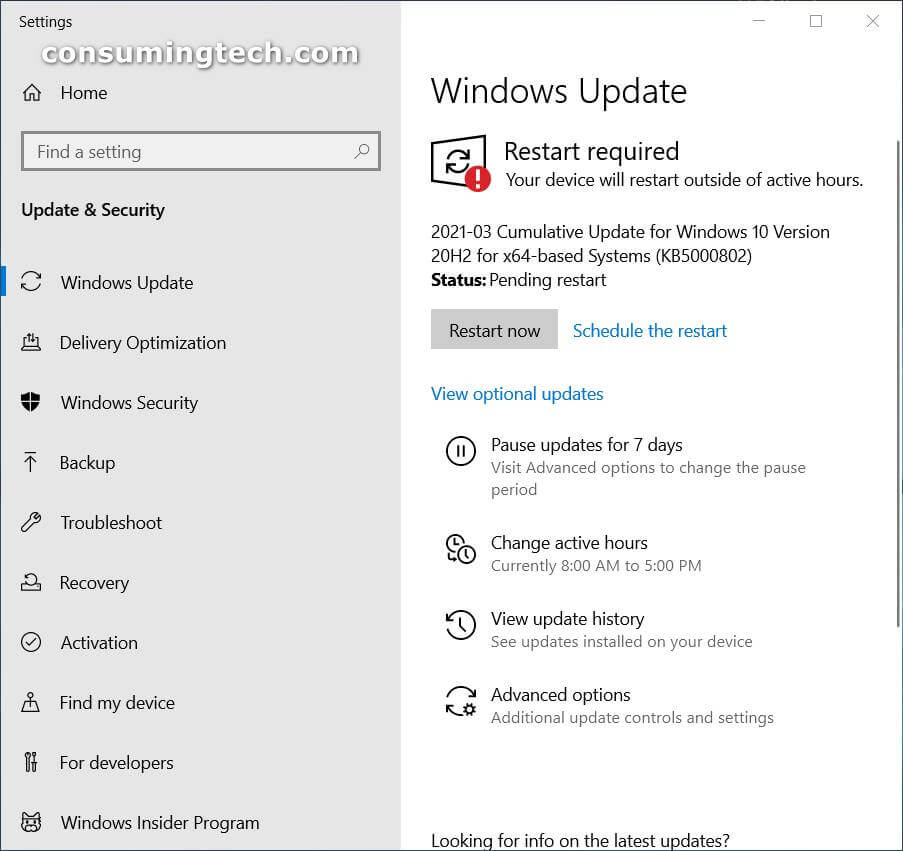 The following are the highlights of version KB5000802:

The following are the improvements and fixes found in version KB5000802:

Mathew is a qualified Microsoft Windows systems administrator (MCSA) who has covered OSs, browsers, the internet, and related tech since 2011. He is the founder and editor of ConsumingTech.com and is a freelance tech writer for various publications around the Web. Mathew graduated from Lumify Melbourne in 2011. He grew up in Melbourne and lives in rural Victoria, Australia. Read Mathew's full biography. Mathew's social profiles: Twitter, Facebook, Mastodon, Instagram, LinkedIn, and GitHub.
« You Can Now Start Contributing My Voice Clips to Help Make Online Speech Recognition Better» Chrome 89.0.4389.90 Update for Desktop