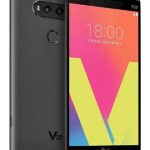 Many smartphones come with unlocked bootloaders these days. If yours isn’t unlocked, don’t blame the manufacturer necessarily; often it’s the carrier that chooses whether “their” device will be unlocked or not. Thankfully any Android smartphone can have its bootloader unlocked. And often it’s only a few simple steps.

The LG LS997 smartphone is the Sprint variant of the LG V20. It was released in October of 2016, so no doubt many people are considering getting the bootloader unlocked so they can install custom firmware. The guide below will show you how you can do that.

The following tutorial demonstrates how to unlock the LG LS997 bootloader so you can install a custom operating system.

How to Unlock Bootloader on LG LS997

Caution:
Unlocking the bootloader on the LG LS997 smartphone will result in all data being wiped from the smartphone. So, you need to backup the data before you continue.

1. Download Minimal ADB and Fastboot and extract it on the computer so Fastboot is installed.

2. Download and install the LG USB drivers on the desktop computer. You can also use the universal ADB drivers instead.

3. Turn on the LG LS997 smartphone and wait for the operating system to load.

4. Open Settings and About Phone and tap on the build number at least six times until it says you are now using the smartphone as a developer. This means the Developer Options menu is unlocked.

5. Open the Settings menu and enable USB Debugging and OEM Unlock in the Developer Options menu.

6. Connect the LG LS997 to the computer with its USB cable.

7. Open the elevated Command Prompt directly or via the Windows Terminal.

8. Type the following commands into the command line and press Enter after each:

9. Wait for the smartphone to finish unlocking the bootloader. It may reboot several times during the process.

In conclusion, that is how to unlock the LG LS997 bootloader.

Mat Diekhake is the editor of ConsumingTech.com. He has been inseparable from the internet since Web 2.0 in 2005, and by 2008 decided on a career in IT. With a never ebbing desire to cover technology, he spends most days consumed by Windows, Linux, and Android in particular. Though he has spent innumerable hours learning consumer software in general, formally and as an autodidact, and has personally authored over 10,000 articles since 2010. He is a qualified Microsoft Windows systems administrator (MSCA). Read Mathew's full biography. Mathew's social profiles: Twitter, Facebook, Instagram, LinkedIn, and Github.
« Unlock Motorola Bootloader without Code» Remove Bootloader Unlocked Warning Samsung