Since the dawn of Android, third-party developers not affiliated with Google in any way have tried to take advantage of the open source nature of the operating system. These days there are millions of people around the world who are interested in using what they had eventually come up with.

The Android operating system can be swapped for a different ROM. These are called custom ROMs. A custom ROM can have a completely new feel and look to it compared to the stock version of Android. It can also have entirely different features too, or perhaps just a few different ones that Android didn’t include. 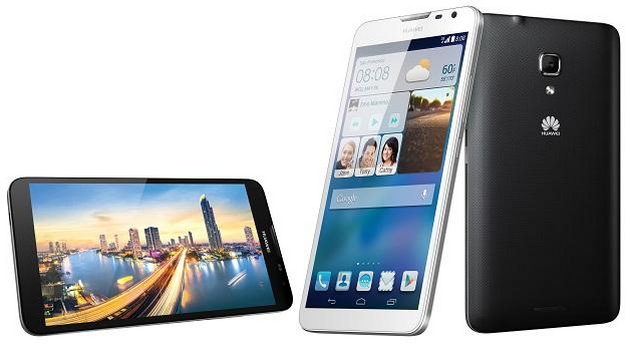 You can start installing custom ROMs and get root access directly from a custom recovery image, thanks to its ability to have the unsigned zip files flashed. The recovery image that comes with Android by default can only flash signed zip files, thus nothing but official versions of Android could be flashed with the stock recovery.

This is what you need to install TWRP Recovery on the Huawei Ascend Mate 2 smartphones.

How to Install TWRP Recovery on Huawei Ascend Mate 2 Smartphones

2. You need to have the platform-tools part of the Android SDK on your computer. From the download link scroll down until you get to the command line tools section and then download the package that is made for your operating system.

3. Once you have the SDK Manager on your computer, check the box only for the platform-tools, so you end up with the adb and fastboot binaries installed on the computer. (You could also install the drivers from there as well if you wanted.)

5. Connect the Huawei Y300 smartphone to the computer by using the USB cable that it comes with.

6. Now on the computer open the Command Prompt and type the adb reboot bootloader command and hit “Enter” on your keyboard to get the Huawei Ascend Mate 2 smartphone into the bootloader mode and ready for the flashing.

7. Make sure you have copied the TWRP image file to the same folder as the adb and fastboot binaries. Also when you’re there, change the name of the TWRP to “twrp.img” by right-clicking the mouse pointer on it and selecting the “rename” option from the menu.

8. From the command line type the fastboot flash recovery twrp.imgcommand and hit “Enter” on your keyboard to flash the custom recovery.

9. Lastly type the fastboot reboot command and as soon as the Huawei Ascend Mate 2 smartphone reboots, hold down the key combination to boot directly into the recovery mode. (If you don’t sometimes the stock recovery will wipe over the custom recovery you just installed.)

The custom recovery image for the Huawei Ascend Mate 2 smartphone is now installed, and you are ready to boot into recovery mode and start flashing the custom ROM or rooting zip files.

Mat Diekhake is the editor of ConsumingTech.com. He has been inseparable from the internet since Web 2.0 in 2005, and by 2008 decided on a career in IT. With a never ebbing desire to cover technology, he spends most days consumed by Windows, Linux, and Android in particular. Though he has spent innumerable hours learning consumer software in general, formally and as an autodidact, and has personally authored over 10,000 articles since 2010. Microsoft awarded him numerous certificates resulting in him becoming a qualified Windows systems administrator (MSCA). Read Mathew's full biography. Mathew's social profiles: Twitter, Facebook, Instagram, LinkedIn, Github, Reddit.
« Install TWRP Recovery on Huawei Honor 7» Install TWRP Recovery on Huawei G510