Rarely do you ever have to spend time trying to figure out the solution to a problem with the Motorola Moto G5 smartphone because most things can be fixed by simply taking a hard reset instead, a bit like utilizing a get out of jail free card. 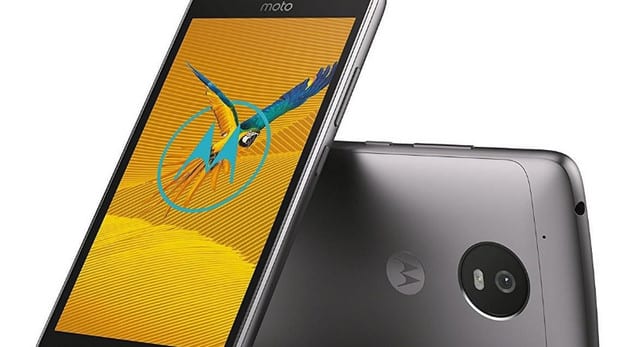 Despite many people saying otherwise, a hard reset and a factory reset on the Motorola Moto G5 device will yield the same outcomes: the phone will be restored to its default, factory state on both occasions. In other words, the same state that it was in when it left the factory responsible for manufacturing it. This means you shouldn’t expect to find any applications that you installed yourself still on the device. Any settings that you changed will be returned to how they were when you first opened the Motorola Moto G5 out of the box too. And, of course, unless you took a backup, all the data that you accumulated—pictures, documents, music, so forth—will no longer be available once the hard reset is complete.

You shouldn’t worry about a hard reset causing any harm to your Motorola Moto G5 smartphone; provided that you’ve backed up any data that you didn’t want to lose, very little else can go wrong.

1. Press the Power button on the Motorola Moto G5 smartphone and then choose to switch it off from the menu.

2. Boot the Motorola Moto G5 smartphone back up again by holding the Volume Down button and keep it pressed.

3. With Volume Down still pressed, use another finger to press the Power button for about a second.

4. Release both the Volume Down and Power buttons simultaneously, and it should take you to the bootloader screen where you can see a green Android robot being operated on.

5. From the bootloader menu, select the “Recovery” option by scrolling with the Volume buttons and confirming the action with the Power button.

6. When you see the Android logo, hold down the Power button and keep it pressed.

7. With the Power button still pressed, press and release the Volume Up button.

8. Hold the Volume Down button to select the “wipe data/factory reset” option and then press the Power button to confirm the action.

9. Choose the “Yes — delete all user data” option by scrolling with the Volume buttons and confirming with the Power button again.

10. Once it has wiped all of the data, select the “reboot system now” option from the menu.

That’s all you need to apply a hard reset to the Motorola Moto G5 smartphone.

Applying a hard reset is probably one of the more commonly exchanged phrases for when people are referring to implementing a factory reset, but the same guide above is also good for a few other causes. The same steps would also work if you just wanted to wipe all of the data on your Motorola Moto G5 smartphone, for instance. Likewise, you could also use the same steps for bypassing the screen lock or just to restore the defaults on the Motorola Moto G5 device.

Mat Diekhake is the editor of ConsumingTech.com. He has been inseparable from the internet since Web 2.0 in 2005, and by 2008 decided on a career in IT. With a never-ebbing desire to cover technology, he spends most days consumed by Windows, Linux, and Android in particular. Though he has spent innumerable hours learning consumer software in general, formally and as an autodidact, and has personally authored over 10,000 articles since 2010. He is a qualified Microsoft Windows systems administrator (MSCA). Read Mathew's full biography. Mathew's social profiles: Twitter, Facebook, Instagram, LinkedIn, and Github.
« Hard Reset Motorola Moto E4» Hard Reset Lenovo A6000