Cinebench is a cross-platform test suite which tests a computer’s hardware capabilities. It can be used as a test for Cinema 4D’s 3D modeling, animation, motion graphic and rendering performance on multiple CPU cores. The program “target[s] a certain niche and [is] better suited for high-end desktop and workstation platforms”.

Cinebench is commonly used to demonstrate hardware capabilities at tech shows to show a CPU performance, especially by Tech YouTubers and review sites. 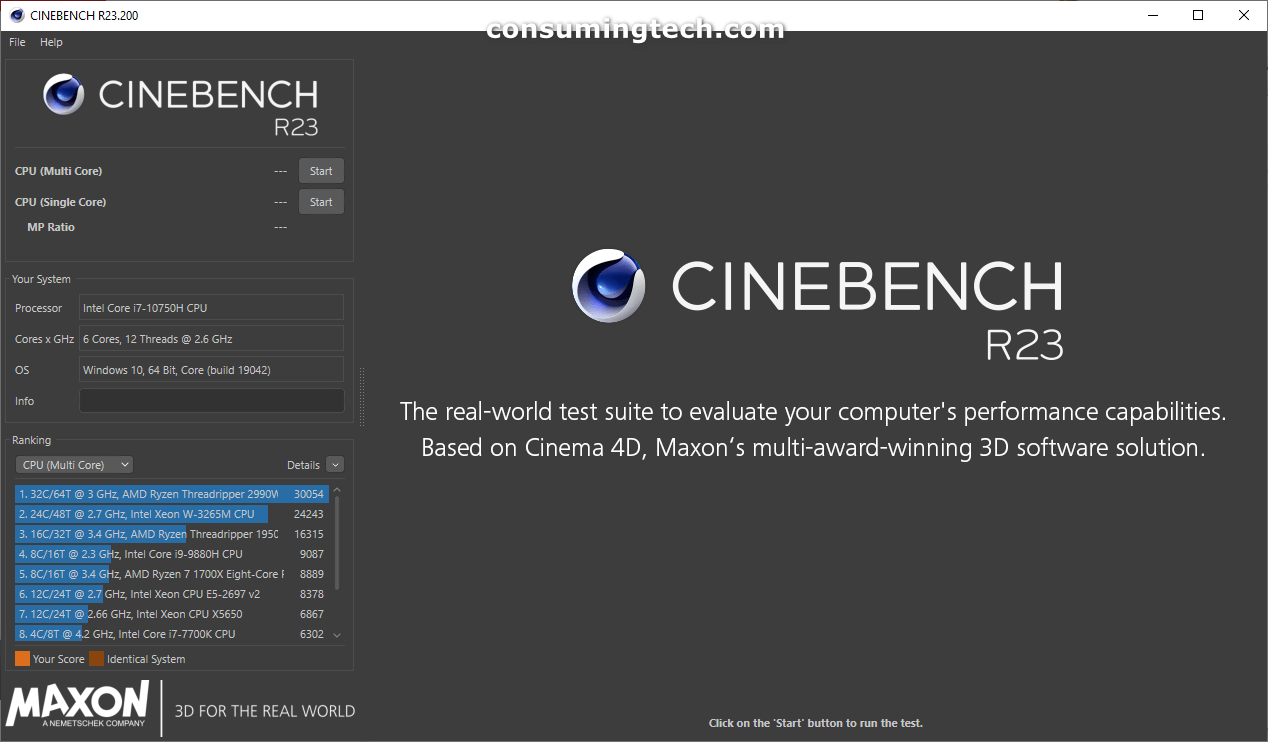 Some semiconductor manufacturers, such as Intel for instance, heavily criticize Cinebench and label it as an insufficient way to test a CPU and GPU’s true strength. However, Cinebench software is still routinely used by laptop and desktop reviewers around the internet for attempting to identify which computer has the best performance. It is worth noting that just because a company denies its efficacy doesn’t necessarily mean that Cinebench software doesn’t work as intended. But it would seem that perhaps not enough reviewers are aware of this criticism that comes from manufacturers.

Mathew is a qualified Microsoft Windows systems administrator (MCSA) who has covered OSs, browsers, the internet, and related tech since 2011. He is the founder and editor of ConsumingTech.com and is a freelance tech writer for various publications around the Web. Mathew graduated from DDLS Melbourne (now Lumify). He grew up in Melbourne and lives in rural Victoria, Australia. Read Mathew's full biography. Mathew's social profiles: Twitter, Facebook, Mastodon, Instagram, LinkedIn, and Github.
« Download: v0.3.0 alpha release of Open PowerShell [Links]» Download: Google Photos App 5.33.0.3629 (Update for Desktop and Android) [Links]