Here’s the permalink for the following list of changes: https://aka.ms/devguide_edgehtml_16

EdgeHTML 16 introduces support for CSS properties object-fit and object-position. These properties control the position and size of replaced content within the content box.

This release we started a major F12 DevTools refactoring effort for improved robustness and future extensibility, and also added a bunch of new features you can start using today on Windows Insiderbuilds. Check out Microsoft Edge F12 Developer Tools for more on what’s changed!

The Payment Request API is an open, cross-browser standard that enables browsers to act as an intermediary between merchants, consumers, and payment methods (e.g. credit cards) that consumers have stored in the cloud. The API in EdgeHTML 16 has been updated to match the latest W3C Payment Request API specification. This includes:

Service Workers are event-driven scripts that run in the background of a web page. Service workers enable functionality previously only available with native apps like intercepting and handling requests from the network, managing and handling background sync, local storage, and push notifications. Support for service worker is still in development, but you can test out your PWA in Microsoft Edge with our experimental service worker support by enabling the service worker feature in about:flags.

WebVR for Microsoft Edge has added support for motion controllers. These controllers have a precise position in space, allowing for fine grained interaction with digital objects in virtual reality. 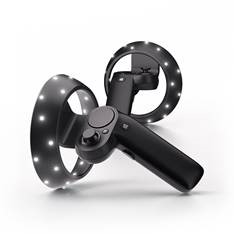 WebVR has also been optimized to support two different types of experiences.

Both setups will support the same immersive video and gaming experiences.

Here’s the full list of new APIs in EdgeHTML 16. They are listed in the format of [interface name].[api name].

Although the following APIs are exposed in the DOM, the end-to-end behavior of some might still be in development. Refer to Microsoft Edge platform status for the official word on feature support.

Mathew Diekhake is a certified Microsoft Systems Administrator from Australia and also the founder and editor of ConsumingTech.com. He is mostly consumed by Windows and Android but has spent stacks of hours learning about a variety of computer software, both formally and informally, and has authored tens of thousands of tutorials and news articles since 2011. Mathew has obtained many Microsoft certificates and is a qualified Systems Administrator (MSCA). Read Mathew's full biography. Mathew's social profiles: Twitter, Facebook, Instagram, LinkedIn, GitHub.
« Track Windows 10 Computer if It Gets Stolen or Lost » Change Desktop Background in Windows 10