Microsoft Edge 90.0.782.0 is now rolling out to those signed up to the Windows insider Dev build. It comes with changes to the Downloads and Collections features.

Recently Microsoft had made changes to the Favorites and History menus in Edge and now they’ve updated the Downloads section to mirror those changes. You will also find a new popup menu for the Collections feature. 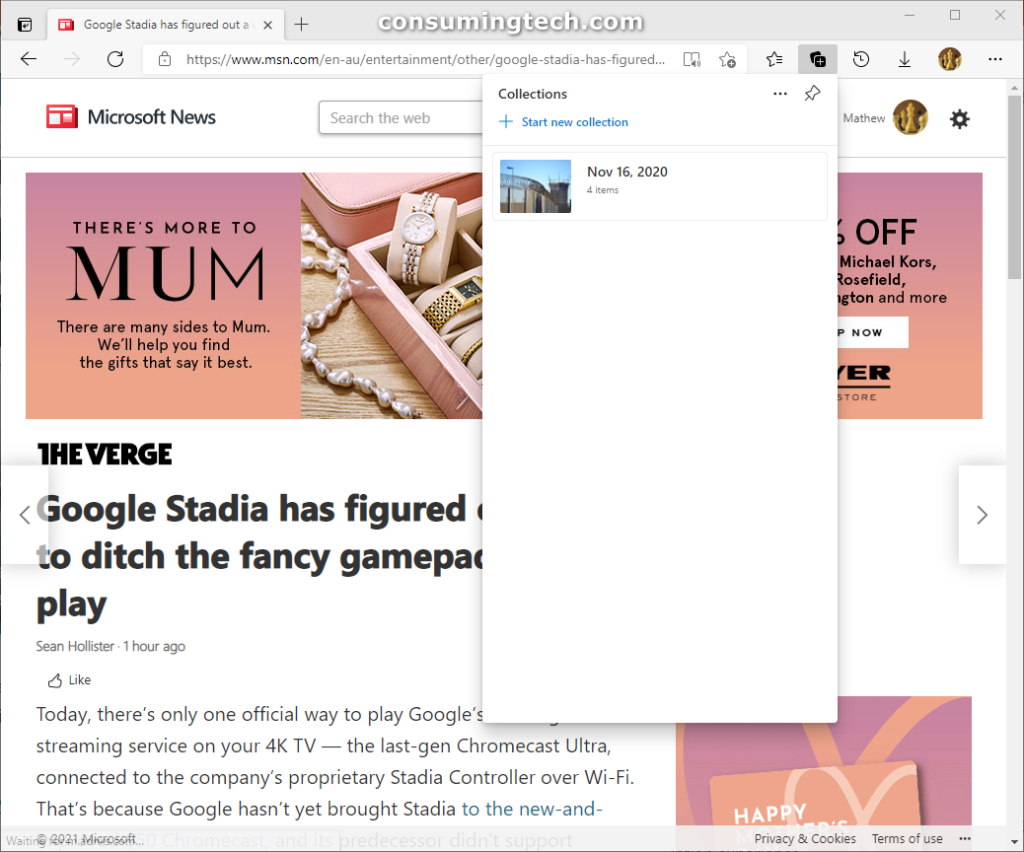 Microsoft Edge 89 will be coming to beta stages later this week according to Microsoft.

Mathew is a qualified Microsoft Windows systems administrator (MCSA) who has covered OSs, browsers, the internet, and related tech since 2011. He is the founder and editor of ConsumingTech.com and is a freelance tech writer for various publications around the Web. Mathew graduated from DDLS Melbourne (now Lumify) in 2011. He grew up in Melbourne and lives in rural Victoria, Australia. Read Mathew's full biography. Mathew's social profiles: Twitter, Facebook, Mastodon, Instagram, LinkedIn, and GitHub.
« Windows 10 KB4601906 Brings Feature Experience Pack 120.2212.2020.0» Microsoft Edge 89 Comes with Ability to Reset Sync