Cortana is a virtual assistant, so you best believe she is multilingual. That said, she prefers it when your computer’s settings have the same speech and display language and a region that makes sense for those languages based on what we know of geography.

Cortana is smart enough to pick a default language for a region, but you can also change that language if you’re in a part of the world where the language you speak isn’t as common. And don’t fear; Cortana will still work for you as well.

The Cortana default regions and languages:

The following tutorial demonstrates how to change Cortana’s language when using a version of the Windows 10 operating system.

How to Change Cortana Language in Windows 10

3. Under the Cortana and Search left menu, click on Talk to Cortana.

4. From the right side of the same window, under the Cortana Language heading, select from the drop-down menu a language of your choice. This will potentially change the default language for the region, which is still perfectly fine and will work. 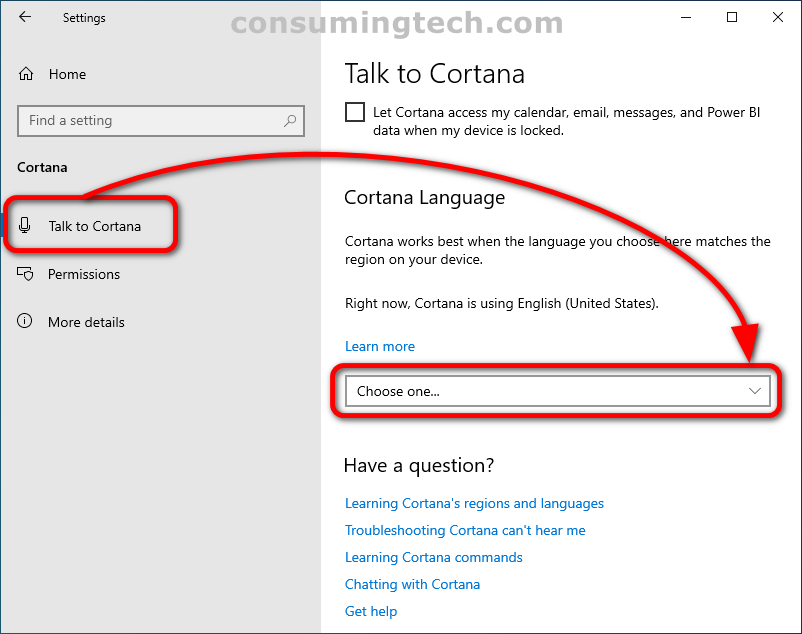 Should you ever want to restore the default language for the region, do the following:

3. Under the Cortana and Search left menu, click on Talk to Cortana.

4. Under the drop-down menu that allows you to select a language, click on the Default language button. 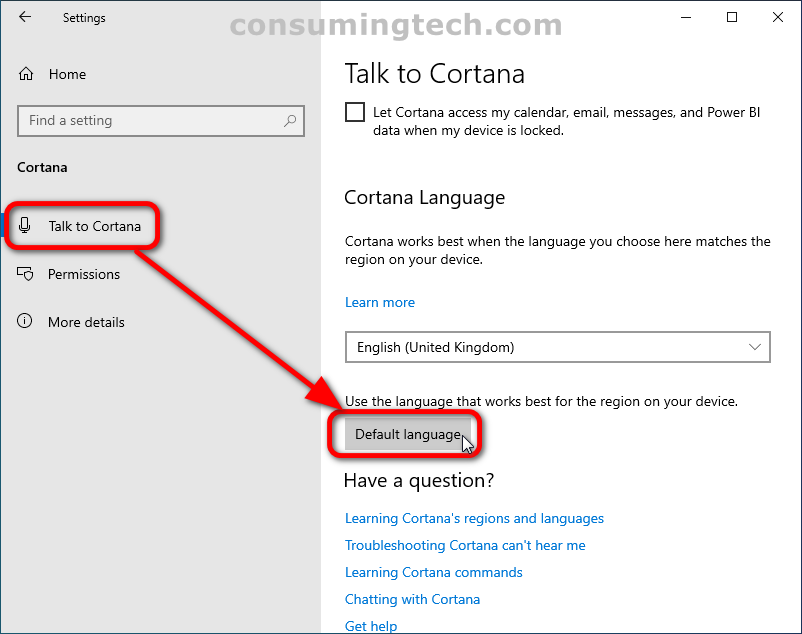 In conclusion, that is how to change Cortana’s language in Windows 10.

Mathew is a qualified Microsoft Windows systems administrator (MCSA) who has covered OSs, browsers, the internet, and related tech since 2011. He is the founder and editor of ConsumingTech.com and is a freelance tech writer for various publications around the Web. Mathew graduated from DDLS Melbourne (now Lumify). He grew up in Melbourne and lives in rural Victoria, Australia. Read Mathew's full biography. Mathew's social profiles: Twitter, Facebook, Mastodon, Instagram, LinkedIn, and Github.
« Turn On/Off Cortana Suggested Reminders in Windows 10» Turn On/Off Cortana Location Permissions in Windows 10