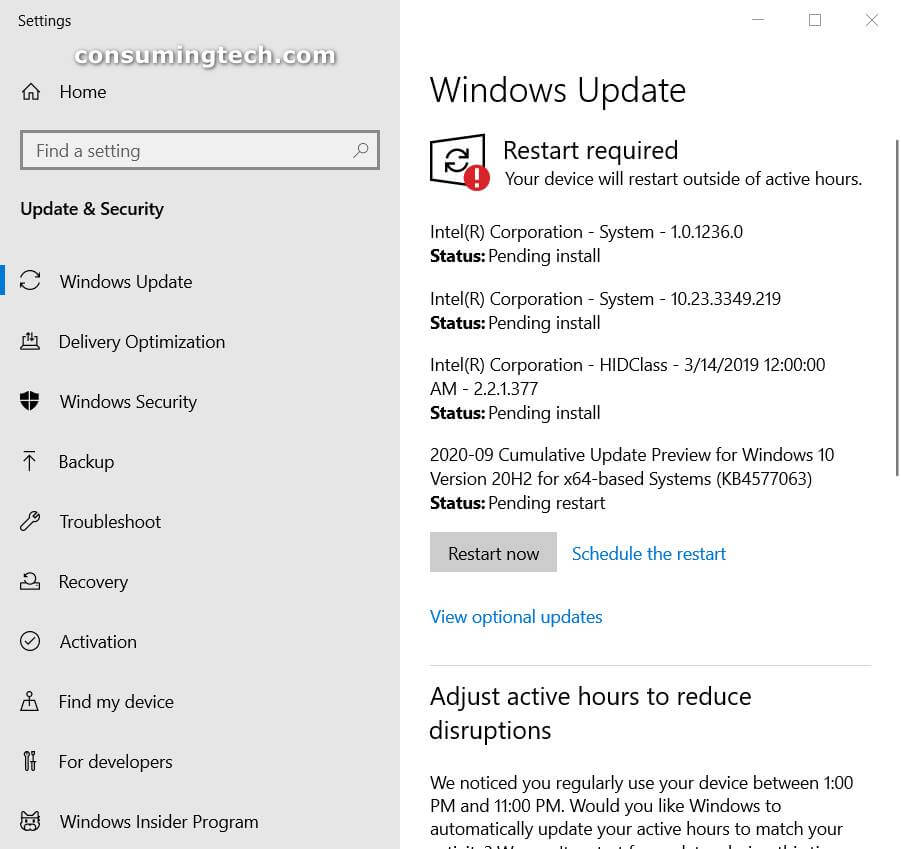 Windows 10 KB4577063 adds a notification to warn of an upcoming end of support date for Adobe Flash which is coming in December 2020. The notification is available in Internet Explorer 11. Windows Mixed Reality head-mounted displays (HMD) can also expect fewer distortions and aberrations as well as other Windows Mixed Reality fixes. You can read more about them in the highlights below.

Improvements and fixes for version KB4577063:

Mathew Diekhake is a certified Microsoft Systems Administrator from Australia and also the founder and editor of ConsumingTech.com. With a never ebbing desire to cover technology, he spends most days consumed by Windows, Linux, and Android in particular. However, he has spent innumerable hours learning consumer tech software in general, formally and as an autodidact, and has authored tens of thousands of tutorials and news articles since 2011. Mathew has obtained numerous Microsoft certificates and is a qualified sysadmin (MSCA). Read Mathew's full biography. Mathew's social profiles: Twitter, Facebook, Instagram, LinkedIn, Github
« Windows 10 KB4571756 Improves Security for Windows Basic Operations» Windows 10 KB4578968 Patches .NET Framework Vulnerability