Stefan Esser was the first man to jailbreak iOS 8.4 and he did show off the jailbreak to the world. According to Stefan, the TaiG team were former students in Essers hacking class and he’s been less than impressed with the way they’ve gone about their business.

The so called rushed TaiG jailbreak released just to generate money started off with many bugs in the earlier version. We are now up to version 2.3 which comes with bug fixes and support for the new Cydia. If you are wishing to jailbreak iOS 8.4 with TaiG 2.3 you can do that after the jump. 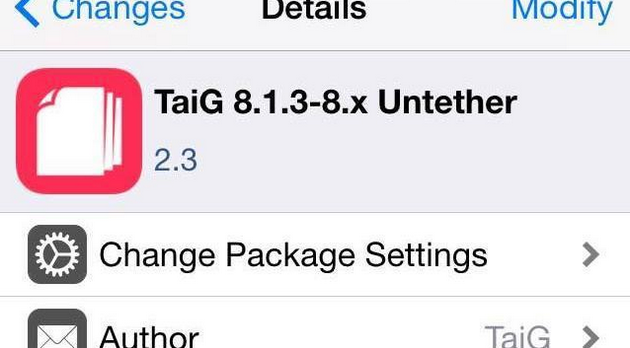 in Tech No Comments Tags: Tech
« How to Fix Deleted Cydia Tweaks after Cydia 1.1.19 Update» How to Sync Android Contacts with Gmail App