How to unroot ZTE Zmax

The ZTE Zmax is a smartphone that came out close to the end of 2014. It comes out of the box with Android 4.4 KitKat.

Two phone carrier networks in the United States let you pick this one up still today including T-Mobile and MetroPCS. 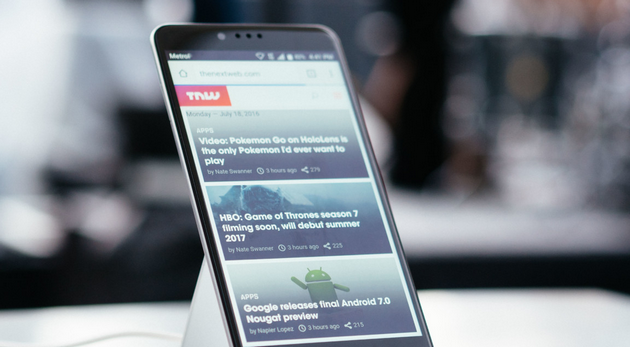 HOW TO UNROOT THE ZTE ZMAX

1. Tap on the SuperSU application available from your app drawer.

2. Wait until the app opens.

3. About halfway down the screen of options is one called “Full Unroot.”

5. Wait until the tool does its magic. Do not press any buttons until it finishes.

6. You will need to reboot your device when it’s complete. Now when you start the phone the next time, you will not have any of the rooted apps or custom ROMs working on your device.

The ZTE Zmax smartphone is now unrooted which means it’s again running on the stock ROM. There can be quite a few different stock ROMs for any one device, and the version of Android that you’re running now might not be the same version that your device initially shipped with or the version that you were running before choosing to root your device. That being said, you are able to accept any over the air updates now, so if a new software update comes in, which it will if there are any that your manufacturer and phone carrier network have rolled out to other people with your same device name, then you can install them without any worries. You wouldn’t typically do that with root access as flashing OTA updates can be problematic; however, now that you’re unrooted it is fine to go ahead and do.

If you do ever root your ZTE smartphone again in the future and want to update the version of Android, then you should always flash the stock ROM manually. The source for stock ROMs varies from manufacturer to manufacturer so find a reliable one for yours and an appropriate flashing tool.

Mat Diekhake is the editor of ConsumingTech.com. He has been inseparable from the internet since Web 2.0 in 2005, and by 2008 decided on a career in IT. With a never ebbing desire to cover technology, he spends most days consumed by Windows, Linux, and Android in particular. Though he has spent innumerable hours learning consumer software in general, formally and as an autodidact, and has personally authored over 10,000 articles since 2010. Microsoft awarded him numerous certificates resulting in him becoming a qualified Windows systems administrator (MSCA). Read Mathew's full biography. Mathew's social profiles: Twitter, Facebook, Instagram, LinkedIn, Github, Reddit.
« How to Root HTC Merge on Android 2.2 Froyo» How to Install Xposed on Android 5.0 Lollipop