How to Unroot Samsung Galaxy S Captivate i896

It’s only natural to want to tinker with the operating system of your smartphone after you are accustomed to using all the features which come with your version of Android. Checking out the applications and bloatware from various manufacturers helps cure boredom, but over time you realize life’s probably better without much of those apps because it’s hindering the device performance.

The example as mentioned above is just one of the many reasons people decide to root their phones. However, what if you have gained the root access and want to revert back to stock Android and have the device how it was out of the box. Luckily we can do that too. 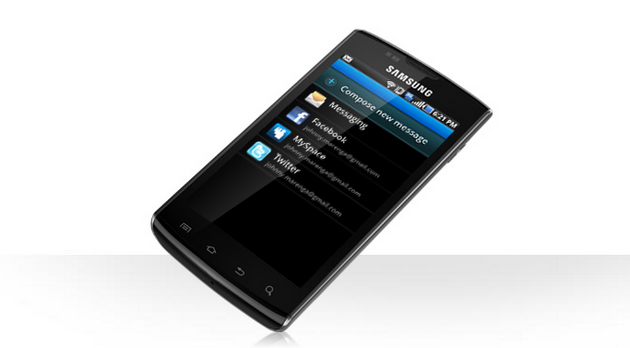 HOW TO UNROOT THE SAMSUNG GALAXY S CAPTIVATE I896

2. Extract the contents of the folder to the desktop of the computer.

3. Enable the USB Debugging mode by navigating to the App drawer > Settings > Developer options > USB Debugging and checking the box.

4. Find the USB cable that comes with the phone when you buy it and plug it into the computer.

5. Secure the connection between devices so the phone is plugged into the computer with the USB cable.

7. Search for the Unroot button in the program after it opens.

8. Click the button and do not touch anything until it finishes doing the work.

9. Reboot your device when it’s done.

Now your device is running the same version of stock Android that you had before opening the ports with root access. You will not have any custom ROM, custom firmware or any other feature from your rooting experience. What’s more, you won’t have the ability to install any root applications at all: no apps that allowed you to install custom ROMs such as the ROM Manager, and no other root apps such as Titanium Backup. Everything is essentially the same as when you first opened the smartphone box for the first time. The only difference is you might be running on a different version of Android, but if there are any future version of Android available for your device, they’ll roll out over the air like normal so you can install them again without any worries.

Mat Diekhake is the editor of ConsumingTech.com. He has been inseparable from the internet since Web 2.0 in 2005, and by 2008 decided on a career in IT. With a never ebbing desire to cover technology, he spends most days consumed by Windows, Linux, and Android in particular. Though he has spent innumerable hours learning consumer software in general, formally and as an autodidact, and has personally authored over 10,000 articles since 2010. Microsoft awarded him numerous certificates resulting in him becoming a qualified Windows systems administrator (MSCA). Read Mathew's full biography. Mathew's social profiles: Twitter, Facebook, Instagram, LinkedIn, Github, Reddit.
« How to Install ClockworkMod Recovery on Samsung Captivate i897» How to Root Samsung Galaxy S Captivate i896