How to Unroot HTC Vivid

The HTC Vivid is a smartphone that comes out with the Sense 3.6 UI. Compare that with the Sense 6.0 user interface that’s integrated into the latest smartphones such as the HTC One M8, and it’s easy to see why people might be interested in rooting the handset.

With that being said, there are always people looking to unroot the same devices so if you are someone who would prefer returning the device back the way it was before you decided to open up the system internals you can do that by applying the steps below. 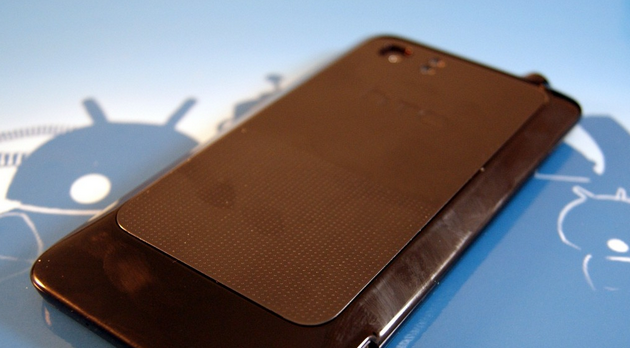 HOW TO LOCK THE HTC VIVID BOOTLOADER

3. Extract the folder to the desktop of the computer.
Reboot in the Bootloader Mode.
– do that by holding the Volume Down and Power buttons together.

4. Wait for the menu to appear and select the fastboot option.

5. Find the USB cable and connect the phone to the computer with the cable.

6. Open the Command prompt by holding down the Shift key and right-clicking on an empty area on the screen.

9. Now your all ready to go to the next step. The bootloader is locked.

HOW TO UNROOT THE HTC VIVID SMARTPHONE

1. Connect to the computer once again.

2. Transfer the stock firmware file to the internal storage of the SD card.

3. Unplug the phone from the computer.

4. Reboot the Vivid in Bootloader Mode.
– use the same keys as you did for the bootloader section.

5. Wait until a message comes on the display asking if you want to install the ROM.

6. Select the option that says yes.

7. Flash the stock ROM and continue to reboot the device if it doesn’t automatically reboot.

8. Now you are running the stock Android ROM without any root access. That means you can no longer flash and install a custom ROM or try installing the rooted applications from the Google Play Store.

That being said, you’ll still have whatever root applications you installed on the operating system available there from the app drawer; they don’t just automatically delete themselves, though they won’t be able to work unless you root the smartphone again. If you do think you’ll get root access again in the future, then you might want to leave those root applications there for later use. However, if you don’t think you will, then it’s best to delete them from the system entirely. That way you aren’t using up unnecessary life from the battery of your device —everything that is installed on your device required some extra juice to keep it there, and many of the apps will continue to run in the background unless you put a stop to them. The simplest solution is just to delete the apps you no longer need.

Mat Diekhake is the editor of ConsumingTech.com. He has been inseparable from the internet since Web 2.0 in 2005, and by 2008 decided on a career in IT. With a never ebbing desire to cover technology, he spends most days consumed by Windows, Linux, and Android in particular. Though he has spent innumerable hours learning consumer software in general, formally and as an autodidact, and has personally authored over 10,000 articles since 2010. He is a qualified Microsoft Windows systems administrator (MSCA). Read Mathew's full biography. Mathew's social profiles: Twitter, Facebook, Instagram, LinkedIn, and Github.
« How to Unroot Motorola Bravo» How to Flash CWM Recovery on HTC Vivid