The Samsung Galaxy S6 Edge is the brand-spanking new phone under the Sammy name that comes with an edge down both sides and not just the one Edge that debuted last year.

It is out now with Android 5.0.2 Lollipop, and as long as you are rocking that firmware build under the hood, you can follow the easy steps below to gain root access to yours. Check out everything you need to do and know after the jump to make that happen. 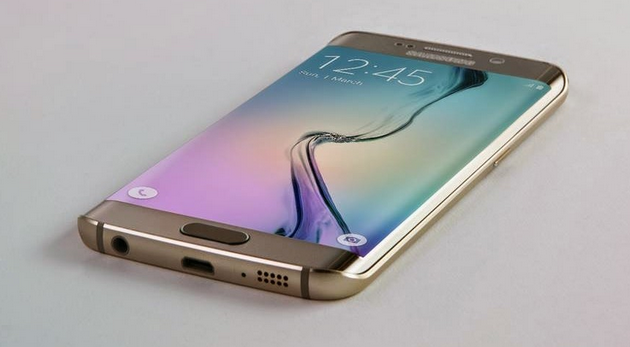 3. Use the desktop for the file locations when downloading.

4. You must extract both files since they are zipped.

5. Open the Odin file and run the program, so it’s waiting on the computer.

6. Power down the Edge S6 and boot in Download Mode: Power + Home + Volume Up keys together at the same time.

7. Connect the Samsung Galaxy Edge to the computer via USB cable.

8. Click the PDA button in Odin and upload the rooting tar.md5 file.

9. Check the re-partition box is empty.

10. Click the Start button, and the flashing will begin.

11. The Edge will reboot when it’s done, and then you can unplug from the computer.

You now have the freedom to start installing any of the root applications that are available from around the web. You’ll find most of them available from the same Google Play Store that you’ve been using since you bought your device. Google doesn’t showcase these root apps in any way though, so the only way you’ll find them is by already know what the names of the mare.

If you try searching for a root app that you know the name of but it doesn’t come up in the Google Play Store then try a Google search for it instead. Sometimes you’ll find the app is available from the developer’s website rather than the Play Store. There can be a few reasons for this, most notably that Google decided it didn’t want that app as part of the Play Store. Just be careful of the applications that you install from outside of the Play Store because they don’t have Google monitoring them out there like they otherwise would from Google Play.

Mat Diekhake is the editor of ConsumingTech.com. He has been inseparable from the internet since Web 2.0 in 2005, and by 2008 decided on a career in IT. With a never ebbing desire to cover technology, he spends most days consumed by Windows, Linux, and Android in particular. Though he has spent innumerable hours learning consumer software in general, formally and as an autodidact, and has personally authored over 10,000 articles since 2010. He is a qualified Microsoft Windows systems administrator (MSCA). Read Mathew's full biography. Mathew's social profiles: Twitter, Facebook, Instagram, LinkedIn, and Github.
« Root Google Nexus 6 and Install TWRP Custom Recovery on LMY47E Android 5.1 Lollipop» How to Install Android Lollipop Dirty Unicorn on Google Nexus 4