The Samsung Galaxy Note 4 is a massive smartphone that comes with Android 4.4 KitKat out of the box. If you are still using the same on the last stage of 4.4.4 KitKat, you can follow the guide below which will open up the internal system with root access, thus allowing you to install custom ROMs and check the look and features of your device away from the stock version of Android. There are loads of other great reasons to gain root on your Note such as removing the default Samsung bloatware which it pre-install on the devices before sending them off to shop with carrier network stamps.

If you want to learn how to remove that bloatware, install new ROMs and root-requiring applications, you can do that by following the guide after the jump. 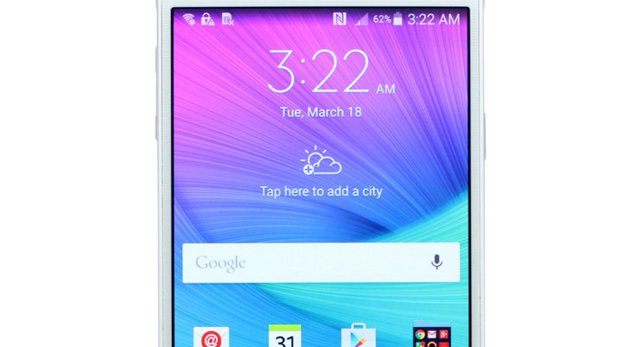 HOW TO ROOT THE SAMSUNG GALAXY NOTE 4 SM-N910T RUNNING IN ANDROID 4.4.4 KITKAT

1. Download the Samsung USB Drivers for mobile phones from this page.

2. Install the USB drivers on your Windows computer.

3. Restart the computer so the drivers will start working.

6. Download both files to the desktop of your Windows computer and extract the files.

7. Click to open the Odin executable file and have the program open and waiting on the desktop.

8. Boot the smartphone in Download Mode. (Press Volume Down + Home + Power and press Power once again if you see the warning sign on the display.)

9. Connect the Note 4 to the computer with the USB cable.

10. The ID: COM port in Odin will change color, and it will say “added” on the computer monitor.

11. Click the AP button and upload the tar.md5 file from the extracted CF package you downloaded earlier to the desktop.

12. Leave the other settings as they are in Odin.

13. Double check there is no check-mark in the re-partition box.

14. Click the start button, and the flashing will begin.

15. You’ll get a pass or fail message within ten to fifteen minutes after clicking the start button.

16. Fails mean you will have to try again. Most fails occur because the drivers not up to date.

The Samsung Galaxy Note 4 SM-N910T smartphone now has root access granted on it which means when you go to install applications they’ll be downloaded onto a user account that can grant them the administrative permissions that they need before the can run. You can always have root applications downloaded and installed on your device, but without root access first, they won’t be able to do anything when you try to open them. Instead, it’ll just give you an error message.

Now though since you have root access, there isn’t a root application out there that won’t run. It doesn’t matter what tools you use to get access to the full administrative permission on the Android operating system; they all do the same thing which is run whatever root app you want.

Mat Diekhake is the editor of ConsumingTech.com. He has been inseparable from the internet since Web 2.0 in 2005, and by 2008 decided on a career in IT. With a never ebbing desire to cover technology, he spends most days consumed by Windows, Linux, and Android in particular. Though he has spent innumerable hours learning consumer software in general, formally and as an autodidact, and has personally authored over 10,000 articles since 2010. He is a qualified Microsoft Windows systems administrator (MSCA). Read Mathew's full biography. Mathew's social profiles: Twitter, Facebook, Instagram, LinkedIn, and Github.
« How to Flash Custom Recovery on Motorola Moto X XT1097 (2014)» How to Root Samsung Galaxy Note 4 SM-N910H on Android 4.4.4 KitKat