The Samsung Galaxy Note 4 is still the latest phablet-sized smartphone under the Sammy name. It’s recently seen the latest Android 5.0 Lollipop software update, but many people are choosing to leave that for now and stay with the trusty KitKat version.

If you are rocking the Exynos system chip, Octa-Core CPU variant of the same and running the Android 4.4.4 KitKat software, you can unlock the internal system free from any restrictions by applying the steps below. 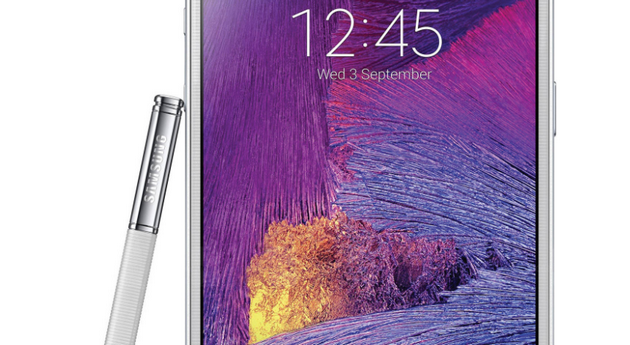 1. Download the Samsung USB drivers for mobile phones from our page here.

2. Use the desktop of the Windows PC for installing the drivers.

3. Turn off the computer and back on again once you are done.

4. Now you should have the drivers working.

7. Extract both of the files directly above to the desktop and run the Odin tool, so it’s working. We’ll come back to it in a minute.

8. Reboot the device in Download Mode. (You must start with it turned completely off, then press and hold the Volume Down + Power + Home buttons at the same time. Press the Power button once more if you get to the warning screen.)

9. Connect the Note to the computer with the same USB cable you use for charging the device.

10. Open the Odin application on the computer and check the ID: COM port has changed to a color, and it displays the word “added.”

11. If that didn’t happen, you might need to retry installing the USB drivers.

12. Do not adjust any of the default Settings in Odin.

14. Click the AP button and upload the executable tar.md5 file from inside the extracted CF-Root folder on the desktop.

15. Click the start button and wait for ten to fifteen minutes until the flashing completes.

16. You’ll get a pass message on the display, and the phone will reboot by itself.

Take control of your Google account and smartphone again after it reboots and you are rolling with root access on your Note 4. You can head over to the Google Play Store and install BusyBox.

Mathew Diekhake is a certified Microsoft Systems Administrator from Australia and also the founder and editor of ConsumingTech.com. With a never ebbing desire to cover technology, he is mostly consumed by Windows, Linux, and Android. However, he has spent stacks of hours learning about a variety of computer software, both formally and informally, and has authored tens of thousands of tutorials and news articles since 2011. Mathew has obtained many Microsoft certificates and is a qualified sysadmin (MSCA). Read Mathew's full biography. Mathew's social profiles: Twitter, Facebook, Instagram, LinkedIn, Github
« How to Root Samsung Galaxy Note 4 SM-N910T on Android 4.4.4 KitKat» How to Root Samsung Galaxy Note 4 SM-N910C on Android 4.4.4 KitKat