The Samsung Galaxy Note 4 comes in several different versions with different model numbers that can be attributed to various phone carrier networks.

Furthermore, it also comes with a few different software updates now that after owning the device people have found several OTA’s coming their way. If you are running the official Android 4.4.4 KitKat build with a revamped phone dialer and a Google security patch, you can root that version by following the guide below. 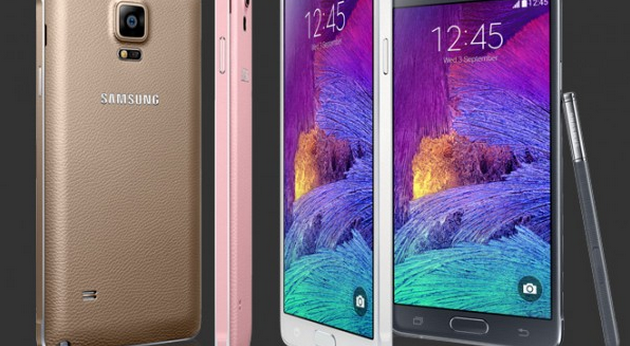 3. Use the desktop of the computer for extracting both the files.

4. Open up the Odin folder and double-click the executable file inside so it runs.

5. Boot your Note 4 in Download Mode. (Hold Volume Down + Home + Power keys down until you see the warning triangle and press the Power button again.)

6. Connect the handset to the computer with the USB cable.

7. Click the PDA button and upload the tar.md5 rooting file from the other extracted file from CF-Auto-Root on the desktop.

8. Check the re-partition box is empty.

10. Now, wait until Odin shows you the pass message on the screen. It should also reboot the Note automatically. Once done, you can disconnect from the computer and start using the device for custom ROMs and root-requiring apps from Google Play.

The Samsung Galaxy Note 4 SM-N910G LTE smartphone is now rooted when it is running on the Android 4.4.4 KitKat software updates. Root access to Android is the same as root access on a Mac: it means you now have access to the root file system, something that only happens when you’ve taken control of the root user account. On a Mac, you would have a root user password that locks people out. There isn’t necessarily a password on your phone though unless you have chosen to use one from the Settings application.

We recommend you do take the chance to set up a password, so no one else uses your phone. If someone less educated installs an untrusted application that ends up being malware, then it can do far more harm that it would have been able to do before you rooted your phone.

Mat Diekhake is the editor of ConsumingTech.com. He has been inseparable from the internet since Web 2.0 in 2005, and by 2008 decided on a career in IT. With a never ebbing desire to cover technology, he spends most days consumed by Windows, Linux, and Android in particular. Though he has spent innumerable hours learning consumer software in general, formally and as an autodidact, and has personally authored over 10,000 articles since 2010. He is a qualified Microsoft Windows systems administrator (MSCA). Read Mathew's full biography. Mathew's social profiles: Twitter, Facebook, Instagram, LinkedIn, and Github.
« How to Root Samsung Galaxy Note 4 SM-N910F LTE on Android 4.4.4 KitKat» How to Install Android 5.1 SDK Emulator and Test It on Windows and Mac