The Galaxy E5 is another 5-inch smartphone coming with Android 4.4.4 KitKat out of the box. One of its upsides is it offers you a somewhat older OS now that Lollipop is out and rolling for most mid-range handsets.

There’s nothing wrong with investing in the E5 at this time, though, since it will unquestionably find Lollipop coining at some stage anyway. If you are running 4.4.4 KitKat and are done looking at the stock Android with TouchWiz UI, you can root it by using the guide after the jump and flash a custom ROM. 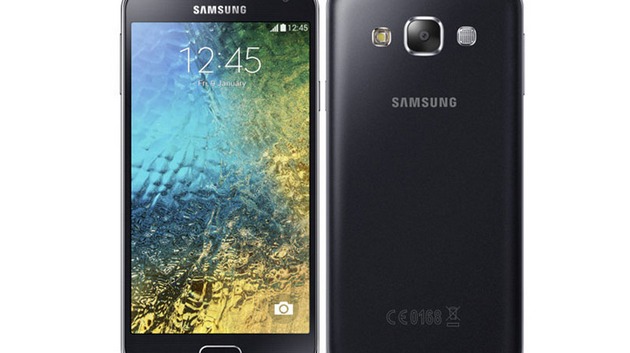 HOW TO ROOT THE SAMSUNG GALAXY E5 IN ANDROID 4.4.4 KITKAT

1. Extract the files you downloaded above to the desktop of the PC so you can use the executable files inside.

2. Double click the Odin file so it’s opening on the desktop and leave it there.

3. Completely power down the E5 phone by holding in the power button for 15 seconds.

4. Boot the Samsung Galaxy S5 up again in Download Mode.

5. Connect the E5 to the computer with the USB cable.

6. Click the AP button inside Odin and upload the CF-Auto rooting package from the extracted file on the desktop.

7. Check the re-partition box is empty.

9. Wait until the flashing is complete, it can take ten or more minutes.

Now your E5 phone will automatically reboot itself. Once done, you are free to unplug it from the PC and take control of your Google account again.

Mathew Diekhake is a certified Microsoft Systems Administrator from Australia and also the founder and editor of ConsumingTech.com. With a never ebbing desire to cover technology, he is mostly consumed by Windows, Linux, and Android. However, he has spent stacks of hours learning about a variety of computer software, both formally and informally, and has authored tens of thousands of tutorials and news articles since 2011. Mathew has obtained many Microsoft certificates and is a qualified sysadmin (MSCA). Read Mathew's full biography. Mathew's social profiles: Twitter, Facebook, Instagram, LinkedIn, Github
« How to Root Samsung Galaxy S6 on Android 5.0.2 Lollipop» How to Root Sprint LG G2 LS980