The Samsung Galaxy Alpha is part of the new Samsung range of smartphone, and the SM-G850M is the LTE variant from the Vodafone phone carrier network. If you own that device and are running the official Android 4.4.4 KitKat software, you can follow the guide below for opening up the internal hardware away from the OEM restrictions.

Getting root access on Android is similar to having access to the root user account on Mac OS X where you are then given full administrative rights over the operating system. On a Mac, there is such a thing as a root account password, and you ought to think about password protecting your smartphone with root access as well if you don’t have a password on it already. You don’t want anyone else who is less educated with rooting the Android operating system using your smartphone when you’re not looking. They might install malware, and that’s a problem since it can now use the device with root access whereas before there wasn’t much it could do. 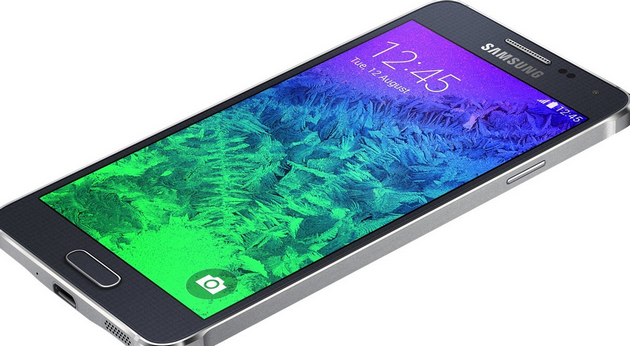 3. Download both files to the desktop of the Windows PC and extract the files so they are unzipped.

4. Run the Odin application and leave it open.

5. Completely power down the Alpha and boot it up in Download Mode.

Press the Power button again if you get to the Android logo or warning screen.

Connect the Alpha to the computer via USB cable.

Click the PDA button in Odin and upload the tar.md5 rooting file from the extracted file on the desktop.

Leave the Auto reboot option on, and check the re-partition box is empty.

Click the Start button and wait until it rebooted automatically.

You are all done and ready to check out some custom ROMS or rooted application from the Google Play Store. You’ll find most of the app there, but there are also a few good ones situated outside of the Play Store as well. Sometimes they used to be there, and then Google took them down, and other times the developers just wanted to have the links set up on their own websites instead.

Make sure you know what you’re installing at all times, but especially if you’re downloading an application that isn’t in the Google Play Store. Anything outside it doesn’t have the same kind of protection monitoring it, and so it’s easier to find malware that way. There are some applications found on Google Play that are malware too from time to time, but generally speaking, Google does a good job and maintaining it.

Mat Diekhake is the editor of ConsumingTech.com. He has been inseparable from the internet since Web 2.0 in 2005, and by 2008 decided on a career in IT. With a never ebbing desire to cover technology, he spends most days consumed by Windows, Linux, and Android in particular. Though he has spent innumerable hours learning consumer software in general, formally and as an autodidact, and has personally authored over 10,000 articles since 2010. He is a qualified Microsoft Windows systems administrator (MSCA). Read Mathew's full biography. Mathew's social profiles: Twitter, Facebook, Instagram, LinkedIn, and Github.
« How to Install Android Lollipop Dirty Unicorn on Google Nexus 4» How to Root Samsung Galaxy Note 3 Neo N750 on Android 4.4.2 KitKat (XXUCNK2)