The Samsung Galaxy A5 is one of our favorite smartphones in the Sammy range since they released the current S5 flagship. It’s not always about what has the highest specs, sometimes a device just feels great in the hand. What’s more, you’ll struggle to find a prettier press render than the shots that come along with this A-Series. The “5” marks the middle phone in the range. There’s still one that’s more expensive and likely ahead of this handset when it comes to future software updates for that reason. Check out why that’s relevant after the jump.

The new Android 5.0 Lollipop update is rolling out over the air for a bunch of different handsets. The Sammy S5 is one of those. Google and Android always look after their own devices first and then roll the updates out to the manufacturers how they prefer them. That usually means the more expensive devices finding it arriving before the rest. The one exception to that is a Google Play Edition handset, or if they start rolling updates to two different devices and just about the same time (bonus for the cheaper variant). 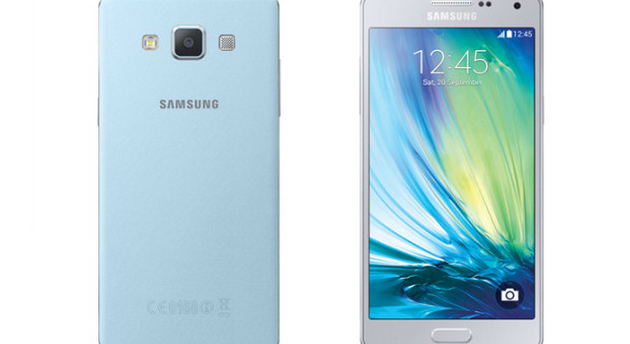 Anyway, if you want to gain root access on your handset under the same name, you can quickly do that by following Chainfire’s work below. It’s an easy method. Before starting the steps, we recommend checking out the sub-headings, so you don’t miss a beat.

3. Extract the contents of both files to the desktop.

5. Connect it to the computer now using the USB cable.

6. Click the AP button and upload the tar.md5 file which you extracted to the desktop earlier.

8. Now wait until the process completes.

9. The handset automatically reboots when the program is done.

Mat Diekhake is the editor of ConsumingTech.com. He has been inseparable from the internet since Web 2.0 in 2005, and by 2008 decided on a career in IT. With a never ebbing desire to cover technology, he spends most days consumed by Windows, Linux, and Android in particular. Though he has spent innumerable hours learning consumer software in general, formally and as an autodidact, and has personally authored over 10,000 articles since 2010. He is a qualified Microsoft Windows systems administrator (MSCA). Read Mathew's full biography. Mathew's social profiles: Twitter, Facebook, Instagram, LinkedIn, and Github.
« How to Root Samsung Galaxy A5 SM-A500H on Android 4.4.4» How to Root Samsung Galaxy A5 SM-A5009 on Android 4.4.4