The Samsung Galaxy S5 SM-A5009 is the mid-ranger smartphone that’s part of the newfangled Sammy A-series. Originally dubbed as the Samsung Galaxy Alpha, the A-series as quickly separated into three devices and it was clear none of them truly rivaled the current flagship S5 phone. That said, as far as press renders go, it was arguably one of the juiciest stock images around.

Regardless of the specs, this is still one device that you should want to own. If you’ve had enough fun with the current Android 4.4.4 KitKat stock ROM which comes with the phone out of the box, you might be interested in opening the ports to some custom ROMs. If so, you’ll need to have root access. Follow the steps below for gaining root so you can add a custom recovery, custom ROM and more. 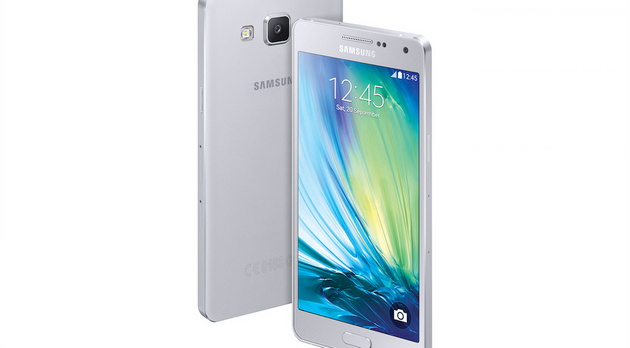 3. Open the Open app after extracting the zip file.

4. Extract the content of the rooting file and place it on the desktop.

6. Connect the smartphone to the computer with the USB cable.

8. Choose the CF-Root file from the desktop.

10. Wait for a ‘Pass’ or ‘fail’ message to come up on the screen.
– the flashing can take ten minutes so be patient.

11. If you get the pass message, you are safe to disconnect and enjoy the phones new opportunities.

12. Those with the fail message should try updating the USB drivers, turn the computer off and on again, connect the phone and try again.

The Samsung Galaxy A5 SM-A5009 smartphone that is running on the Android 4.4.4 KitKat software update now has root access which means you can begin installing any of the root applications that weren’t able to run before. There were some apps before you rooted your device that would not run because they weren’t able to get the required permissions that they need for them to be effective. Now with root access, they get full access to the system so those apps can now do what they wanted. Just make sure that you aren’t installing malware or any kind because there are some applications out there that would like to take advantage of the root access you are offering to them. Always make sure the app you are installing has been downloaded many times and check to see what people are saying in the comment section of the apps’ download link. It’s safest to install your root applications from the Google Play Store whenever applicable. When you want an app that isn’t available from Google Play, then you want to be especially careful.

Mat Diekhake is the editor of ConsumingTech.com. He has been inseparable from the internet since Web 2.0 in 2005, and by 2008 decided on a career in IT. With a never ebbing desire to cover technology, he spends most days consumed by Windows, Linux, and Android in particular. Though he has spent innumerable hours learning consumer software in general, formally and as an autodidact, and has personally authored over 10,000 articles since 2010. Microsoft awarded him numerous certificates resulting in him becoming a qualified Windows systems administrator (MSCA). Read Mathew's full biography. Mathew's social profiles: Twitter, Facebook, Instagram, LinkedIn, Github, Reddit.
« How to root Samsung Galaxy A5 SM-A500G on Android 4.4.4» How to Root Samsung Galaxy A5 SM-A500F on Android 4.4.4