How to Root Samsung Behold 2 (T-Mobile)

The Samsung Behold 2 is one of the original smartphones to come out of the Samsung range featuring an operating system version of Android 1.6 back in its day.

Even back then rooting methods were possible and if you still have this phone as a secondary, the good news is you can use it to flash custom ROMS and check out other applications from the Google Play Store. 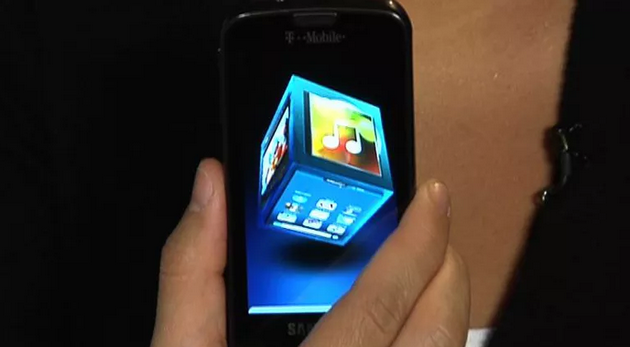 HOW TO ROOT THE SAMSUNG BEHOLD 2 FOR T-MOBILE SUBSCRIBERS

1. Setup the Android SDK on your computer.

2. Download the following folder here and place it in the Android SDK folder.

3. Connect the phone to the computer with the USB cable.

4. Transfer the file to the internal memory SD card.

5. Unplug from the computer and enable the USB Debugging Mode.

6. Connect the device to the computer again and open the command prompt.

7. Type each of the following commands one at a time and hitting the enter key in between each line.

8. The device will reboot by itself. Open the command prompt once more and type the following commands:
adb shell
su
9. You should now have root access on your smartphone after you see the hash tag come up on the Command Prompt.

The Samsung Behold 2 smartphone now has root access which means the user account you are automatically given has full administrative access granted and any applications you install can take advantage of that should they wish. There are many applications out there that don’t care about root access but there are also a few hundred that do, and those are the ones we call root applications. The root applications can offer anything from better ways to backup your data, to giving you quick access to a custom ROM of your choice.

The Google Play Store doesn’t make it easy to understand what the root applications are and which ones are popular, though it has no problem in allowing most of them to be hosted on the Play Store. In other words, there is nothing wrong with installing root applications, but you’ll need to do your own research to find out the names of them and the ones you want to use. If you do end up installing any root applications from outside the Google Play Store in the future, which is possible given that sometimes you’ll come across a few that weren’t allowed there, you need to be especially careful that you are installing a legit app and not malware. With root access, the malware can jump over and read another app’s data, and that’s precisely why Android developers don’t like allowing root access with services like Android Pay at the same time.

Mat Diekhake is the editor of ConsumingTech.com. He has been inseparable from the internet since Web 2.0 in 2005, and by 2008 decided on a career in IT. With a never ebbing desire to cover technology, he spends most days consumed by Windows, Linux, and Android in particular. Though he has spent innumerable hours learning consumer software in general, formally and as an autodidact, and has personally authored over 10,000 articles since 2010. He is a qualified Microsoft Windows systems administrator (MSCA). Read Mathew's full biography. Mathew's social profiles: Twitter, Facebook, Instagram, LinkedIn, and Github.
« How to Root Samsung Galaxy A3 SM-A9000 on Android 4.4.4 KitKat» How to Root Samsung Galaxy A3 SM-A900F on Android 4.4.4 KitKat