Oppo is the next smartphone OEM to jump onboard developing a mini version of its main flagship. Other smartphone manufacturers such as Samsung and HTC have done this successfully already.

If you own the Find 5 mini handset and wish to break your device away from those annoying factory restrictions in place, you can make that happen by following the guide after the drop. Only then are you free to begin installing some additional apps from Google Play. 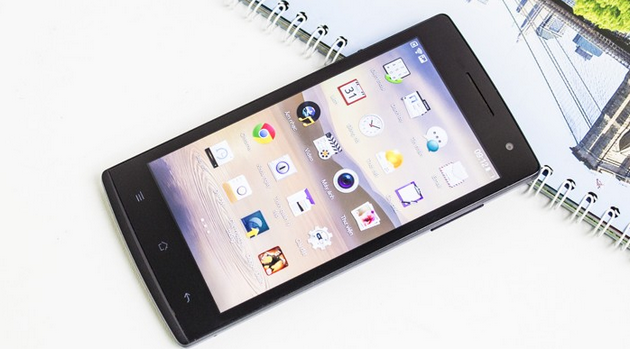 2. Download the above file to the desktop of the computer.

3. Connect the Oppo mini to the computer with the USB cable it comes with out of the box.

4. Copy and Paste the Framaroot APk file over to the internal SD card memory.

5. Now disconnect from the Windows computer.

6. Using an appropriate file manager app, tap on the Framaroot APK to open it.

7. Launch the app that now sits in the app drawer.

8. Choose the ‘install SuperSU’ option from the menu inside.

10. Wait for the Boromir exploit to finish rooting the handset.

That’s all you need. . . . Now you are done with rooting your device you will want to flash a custom recovery with that. Or, some of you might get scared and wish they never tinkered with the OS and wanted to unroot the find 5 Mini.

Mathew Diekhake is a certified Microsoft Systems Administrator from Australia and also the founder and editor of ConsumingTech.com. With a never ebbing desire to cover technology, he is mostly consumed by Windows, Linux, and Android. However, he has spent stacks of hours learning about a variety of computer software, both formally and informally, and has authored tens of thousands of tutorials and news articles since 2011. Mathew has obtained many Microsoft certificates and is a qualified sysadmin (MSCA). Read Mathew's full biography. Mathew's social profiles: Twitter, Facebook, Instagram, LinkedIn, Github
« Flash CWM Recovery on Oppo Find 5 Mini R827» Root Xiaomi Mi Pad