The Motorola Moto G 2014 is the latest smartphone under the same name and the first since breaking away from being a Google company. It’s the Lenovo name that has the rights to this phone, although Google and Motorola are still seemingly friends as the “Hello Moto’ company were quick in line for the latest version of Android software—the 5.0 Lollipop.

Android 5.0 Lollipop raises the bar over the older KitKat with a new material design UI, material design in the app drawer, tap and go NFC payments, Android Beam, Android RunTime, multiple device support, camera updates, security patches and more. The last one I mentioned is interesting because it directly applies to rooting. Apparently, the Google guys are making it harder to open up the device away from the default factory restrictions even though it’s still based off of the same open source Linux kernel. 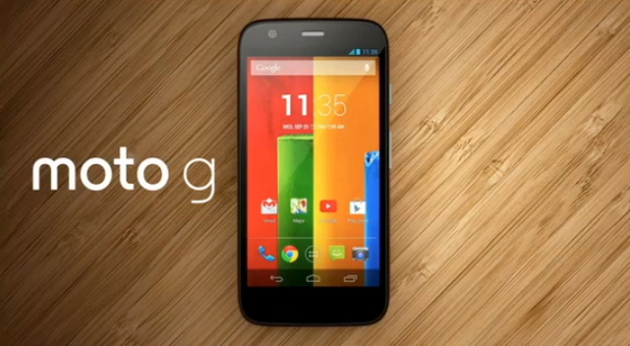 So why would I want to open up my device with root access? Well, it lets you remove the bloatware from phone carrier networks and device manufacturers. Luckily Motorola runs closer to stock Android, and it’s heavy on bloatware. However, other companies such as Samsung do have lots of bloatware. After removing the default apps, you are freeing up memory space; thus creating better battery performance for your device. Furthermore, it’s the gateway to installing custom ROMS to change the way your device looks and feel, custom firmware for extra features and additional apps available from Google Play which you couldn’t use with a stock device.

You don’t need to install a custom recovery before following the steps above. However, Philz Touch recovery is available for installing afterward from XDA Developers.

Mat Diekhake is the editor of ConsumingTech.com. He has been inseparable from the internet since Web 2.0 in 2005, and by 2008 decided on a career in IT. With a never ebbing desire to cover technology, he spends most days consumed by Windows, Linux, and Android in particular. Though he has spent innumerable hours learning consumer software in general, formally and as an autodidact, and has personally authored over 10,000 articles since 2010. Microsoft awarded him numerous certificates resulting in him becoming a qualified Windows systems administrator (MSCA). Read Mathew's full biography. Mathew's social profiles: Twitter, Facebook, Instagram, LinkedIn, Github, Reddit.
« How to root Sprint Galaxy Note Edge on Android 4.4 KitKat» How to Install Google Nexus 10 Root Toolkit