How to Root HTC Merge on Android 2.2 Froyo

Once you’re done rooting the smartphone it’ll reboot automatically, and then you’re ready to start getting those root applications installed, most of them being available from the same Google Play Store that you already know and love. 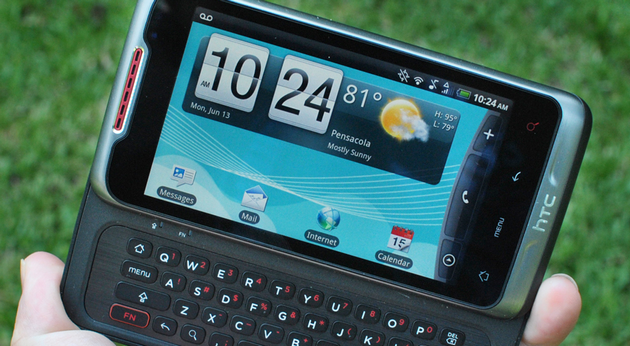 HOW TO ROOT THE HTC MERGE IN ANDROID 2.2 FROYO

2. Do not extract the file to he desktop this time.

3. Connect the smartphone to the computer with the USB cable.

4. Transfer the APK file over to the internal SD card storage space.

5. You must have a file manager installed on the device. There are several good ones available from the Google Play Store.

6. Open the file manager and tap to open the APK file you downloaded from the desktop.

7. Tap the ‘temproot now’ option from the menu.

8. The handset is now automatically rooted. You do not have to reboot the device. As soon as you do it’s going to lose the rot access.

The HTC Merge smartphone is now successfully rooted and able to get those root applications not only installed but running on the operating system as well, just as if they were regular apps. The Visionary APK might not be as familiar a rooting method as others, but it doesn’t matter because you can still do the same thing as you would have been able to with a more common one-click rooting tool or SuperSU. It all comes down to the extra applications that you now have at your disposal, and there are quite a few. All up the number goes into the thousands, but only a few hundred of them are used every day by the masses. You’ll find heaps of the root applications available from the Google Play Store, but there are also some big name apps that aren’t there such as Viper4Android. Google doesn’t care about root apps in general but there is the occasional one that they take offense to for whatever reason, and those are often the ones that you’ll need to source from somewhere else.

If there is a famous root application not available from the Google Play Store, then it’s likely going to have its own thread on the XDA-Developers website. You can trust those links because the website is moderated and well kept after. Just be wary of any download links they were posted recently as they might not have been edited yet. But anything that was posted long ago, like most of the root applications were, will be fine to trust because the moderators had obviously seen them there and trusted them. You can always read the comments and see what others are saying as well as each download link has its own thread that is available to comment on.

Mat Diekhake is the editor of ConsumingTech.com. He has been inseparable from the internet since Web 2.0 in 2005, and by 2008 decided on a career in IT. With a never ebbing desire to cover technology, he spends most days consumed by Windows, Linux, and Android in particular. Though he has spent innumerable hours learning consumer software in general, formally and as an autodidact, and has personally authored over 10,000 articles since 2010. Microsoft awarded him numerous certificates resulting in him becoming a qualified Windows systems administrator (MSCA). Read Mathew's full biography. Mathew's social profiles: Twitter, Facebook, Instagram, LinkedIn, Github, Reddit.
« How to Flash CWM Recovery on HTC Vivid» How to unroot ZTE Zmax