How to Root Google Nexus 7 on LMY47D Android 5.1 Lollipop and Flash Custom Recovery

The Google Nexus 7 is arguably the best tablet in the Mountain View companies range. It isn’t bad when comparing it against just about anything that runs Android because it’s always at the top of the list when it comes to Google software updates.

We are now seeing the first batch of Android 5.1 OTA updates rolling out for the Google Nexus 7 with the build number LMY47D. If you are running that firmware build already, you can follow the guide below to open up the system internals with root access. Only then can you start installing custom ROMs. 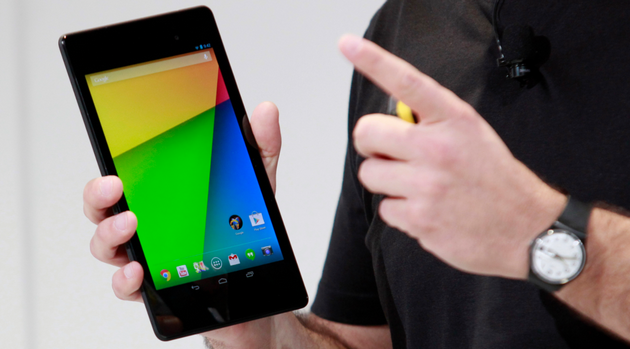 HOW TO ROOT THE GOOGLE NEXUS 7 RUNNING LMY47D ANDROID 5.1 LOLLIPOP AND FLASH THE CLOCKWORKMOD RECOVERY/TWRP RECOVERY

2. Setup ADB and Fastboot on your computer using the guide from the link above.

3. Download ClockworkMod recovery here, or the TWRP from here.

4. Copy and paste the file over to the /platform-tools directory of the Android SDK on the computer.

6. Plug the Nexus into the computer and transfer the SuperSu over to the internal storage SD card.

7. Boot the Nexus 7 to fastboot mode by pressing the Volume Down and Power and holding the buttons down.

8. Navigate to the /platform-tools folders and click on a blank white space and hold down Shift. Now choose to open the Command Prompt window.

10. Choose the recovery option from the menu.

11. Scroll down the list until you see “flash zip from SD card” and select the same.

12. Select the “Choose zip from SD card” and search for the SuperSU file.

13. Now flash the file and wait until it finishes.

14. Navigate back to the main recovery windows and select to ‘reboot system now”.

You are all done. . . . Now you can start installing your choice of custom ROMS and root-requiring application from the Play Store and other third-party sources.

Mathew Diekhake is a certified Microsoft Systems Administrator from Australia and also the founder and editor of ConsumingTech.com. With a never ebbing desire to cover technology, he is mostly consumed by Windows, Linux, and Android. However, he has spent stacks of hours learning about a variety of computer software, both formally and informally, and has authored tens of thousands of tutorials and news articles since 2011. Mathew has obtained many Microsoft certificates and is a qualified sysadmin (MSCA). Read Mathew's full biography. Mathew's social profiles: Twitter, Facebook, Instagram, LinkedIn, Github
« Frequency and predictability of builds for Windows Insiders» How to Root Google Nexus 10 on LMY47D Android 5.1 Lollipop and Flash CWM Recovery