Once you’ve updated the Nexus 5 to the latest LMY48B factory image on Android 5.1.1 Lollipop, you will have to gain root access to it again since the factory image wipes it away.

I’ll show you how you can root the Nexus 5 on Android 5.1.1 Lollipop LMY48B firmware build number after the break. 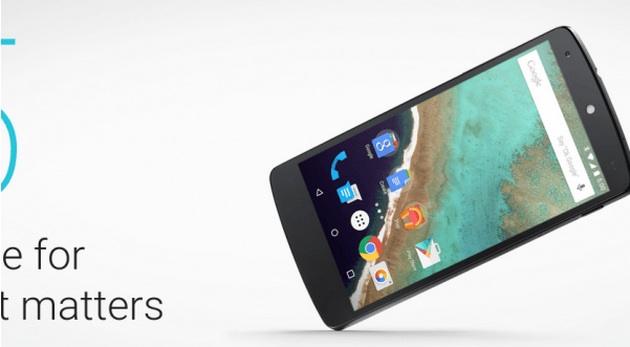 Here is how it’s done.

HOW TO ROOT NEXUS 5 ON ANDROID 5.1.1 LOLLIPOP FACTORY IMAGE

2. You can set up ADB and Fastboot on Windows following our guide. If you already have it, there’s no need to do it again.

3. Download the SuperSU you want to have from Chainfire.

4. Transfer the SuperSU file over to the internal SD card storage on the Nexus 5 device.

5. Download the ClockworkMod recovery you want. Transfer the CWM file over to the same folder that you have the ADB.

6. Completely power off the Nexus 5 by holding in the Power button.

7. Boot the Nexus 5 up in Fastboot mode by pressing the Power and Volume Down buttons together and keeping them firmly held down until you see the menu.

8. Open the folder where you have ADB and CWM and right-click the mouse while holding down the Shift key and choose to open the command windows here from the new menu.

10. Now watch the new menu on the device change and choose the recovery option. Now you are entering the recovery mode.

12. Browse for the SuperSU file you transferred earlier to the root of the storage and confirm to upload it.

13. Once complete, navigate to the main menu in recovery and choose to reboot the system.

Congratulations. . . . Now you have gained root access from inside recovery thanks to the SuperSU, and you can flash a custom ROM again.

Mathew Diekhake is a certified Microsoft Systems Administrator from Australia and also the founder and editor of ConsumingTech.com. With a never ebbing desire to cover technology, he is mostly consumed by Windows, Linux, and Android. However, he has spent stacks of hours learning about a variety of computer software, both formally and informally, and has authored tens of thousands of tutorials and news articles since 2011. Mathew has obtained many Microsoft certificates and is a qualified sysadmin (MSCA). Read Mathew's full biography. Mathew's social profiles: Twitter, Facebook, Instagram, LinkedIn, Github
« How to Root Samsung Galaxy Alpha G850F on Android 5.0.2 Lollipop (XXU2COD4)» How to Update Nexus 9 to Android 5.1.1 Lollipop Manually