How to Root Samsung Galaxy Admire (MetroPCS) on 2.3.4 Gingerbread

The Samsung Galaxy Admire is also known as the SCH-R720 and is commonly owned on the MetroPCS phone carrier network. You’ll know that from the large MetroPCS stamped just above the front display.

If you want to find an easy way of gaining root access for your device under the same name you can follow the guide below. We’ll teach you how you can start installing custom ROMs with just one click. It’s fast, fun and you don’t need to be an advanced Android users to follow the steps. 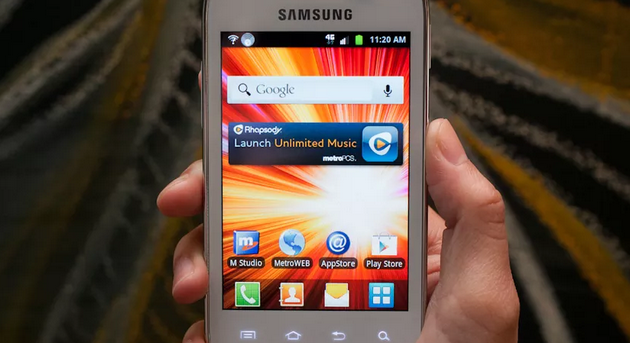 HOW TO ROOT THE SAMSUNG GALAXY ADMIRE IN ANDROID 2.3.4 GINGERBREAD

1. Download the One-Click rooting file from this link here.

2. Extract the contents to the desktop of the computer.

3. Look for the run.bat file from the extracted folder.

4. Connect the phone to the computer with the USB cable.

5. Run the ran.bat file on the computer and wait until the flashing finishes.

6. You have the Superuser app running on your device now which is giving you root. For those of you who don’t find the Superuser application pre-installed you can download the same from the Google Play Store and run it that way.

7. Your device will have root access when it’s done. Download BusyBox from the Google Play Store when you are done.

The Galaxy Admire smartphone that is made available for MetroPCS subscribers is now rooted. The difference is you now have no restrictions whatsoever with regards to the number of applications that you can install. A lot of people out there think that root access has something to do with custom ROMs, but it really doesn’t apart from the fact that some custom ROMs can come with root access and some root applications can help you install custom ROMs. But everything else and everything that’s directly related to root access is to do with applications. There are some root applications available out there to install that need to be able to have access to the full system which can only be done when it gets installed from a user account that has the full administrative permissions assigned do it. And that’s what you are doing when you root your device: the user account that you use when you turn it on now has full administrative permissions which allow for all apps to run. Just be sure you don’t install malware though. It wasn’t a big issue to have malware installed on your device before because they couldn’t move out of their unique app sandboxes. However, now with root access, it makes it much easier for apps to move out of their fenced-off areas and into other apps yards so to speak. That can spell trouble if malware jumps over to your banking apps or anything alike.

Mathew Diekhake is a certified Microsoft Systems Administrator from Australia and also the founder and editor of ConsumingTech.com. With a never ebbing desire to cover technology, he is mostly consumed by Windows, Linux, and Android. However, he has spent stacks of hours learning about a variety of computer software, both formally and informally, and has authored tens of thousands of tutorials and news articles since 2011. Mathew has obtained many Microsoft certificates and is a qualified sysadmin (MSCA). Read Mathew's full biography. Mathew's social profiles: Twitter, Facebook, Instagram, LinkedIn, Github
« How to Unroot Samsung Captivate Glide» How to Update Google Nexus 7 3G to Android 5.0 Lollipop with CM12 Nightly Custom ROM