How to Root 3Q QPad LCO720C on Ice Cream Sandwich

There are a few different methods to hacking the system internals on the QPad by 3Q. The one we prefer to use is the Root Genius method.

If you want to root 3Q QPad running Ice Cream Sandwich and install root-only apps from Google Play you can do that easily by following the guide below. 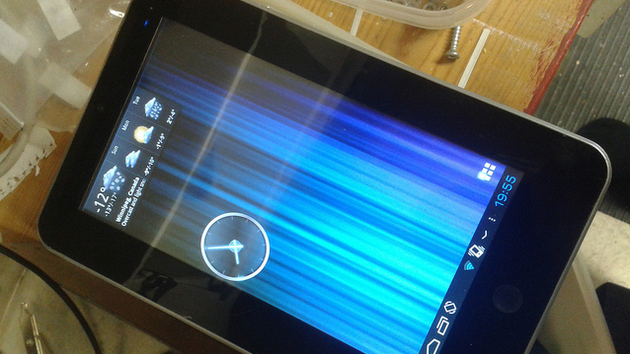 This is how you would go about rooting the 3Q QPad LCO720C device when it is running on any of the Android Ice Cream Sandwich software updates. It shouldn’t matter what the firmware build number is so long as it is an Android version that is Ice Cream Sandwich.

1. Download the Root Genius app from here direct to the computer desktop.

2. Extract the file so you can use it and run the Root Genius program.

3. Connect the 3Q Pad to the same computer with the USB cable.

4. Click the button that says “Root It” in the bottom right side of the Genius program.

5. Now sit back and wait until it finishes flashing to your device. Before long the internal hardware will be unlocked from the factory restrictions and you can think about installing a custom recovery image, followed by a custom ROM.

The 3Q QPad LCO720C tablet is now rooted which means you’ll have no problem now running the applications that were not able to run before because they needed access to the root file system. Often those are the better apps, thanks to the added power they request and have granted. There are root apps out there, such as Titanium Backup, for instance, that can—simply put—do more backing up than the other apps that are regular and don’t use the access to the root file system. The root apps general have one purpose which is to provide ways to do things that ordinary apps couldn’t seem to bring themselves to be able to do, and it’s all to do with the root file system, which when you have access to it, is the same as using an administrators account on an operating system.

Mathew Diekhake is a certified Microsoft Systems Administrator from Australia and also the founder and editor of ConsumingTech.com. With a never ebbing desire to cover technology, he is mostly consumed by Windows, Linux, and Android. However, he has spent stacks of hours learning about a variety of computer software, both formally and informally, and has authored tens of thousands of tutorials and news articles since 2011. Mathew has obtained many Microsoft certificates and is a qualified sysadmin (MSCA). Read Mathew's full biography. Mathew's social profiles: Twitter, Facebook, Instagram, LinkedIn, Github
« How to Root Amazon Fire Phone on Android 4.4 KitKat» Root and Install TWRP Recovery on Sprint Galaxy S6 Edge SM-G925P