This is what you need to get the USB drivers for all Spreadtrum smartphones and tablets downloaded onto your computer.

All leading computer operating systems need to have drivers. A driver, as Microsoft puts it, is software that allows your computer to communicate with hardware or devices. 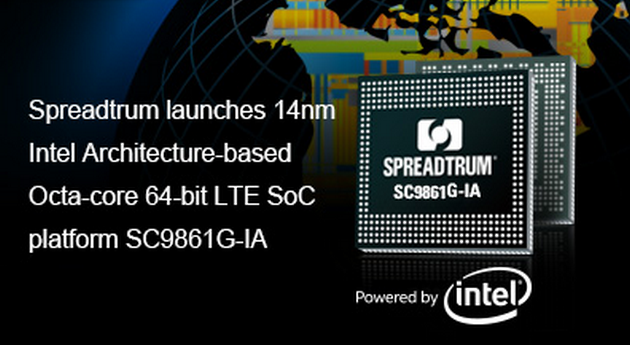 In essence, there wouldn’t be anything stopping your software and hardware from communicating with one another just naturally. The problem starts when you have loads of different types of hardware that all do the same thing. For example, if you were to think about sound cards connected to your motherboard, there are probably over a thousand decent ones you could choose from. Your software can recognize this as a soundcard, but there needs to be something else that allows the software to distinguish it from all other soundcards, or else they can’t communicate with one another because each one is completely different in how it works. Whatever software signal is Eb sharp to one sound card might mean B flat to another.

When that happens, software developers would have to be working around the clock trying to write code that makes the software work with all the different hardware made by different people. A software developer writing one line of code might work well for one bit of hardware but not for another.

Thus you should think of a driver as a vital bit of software that transfers the language to work for your particular piece of hardware. That way the software developers just write the one bit of code for everybody and the driver handles the translation to get it working for its bit of hardware.

Just like with the driver’s example said above, each different manufacturer that has a device needs to have a separate USB driver that helps translate the software for everything to do with that one manufacturer.

Sometimes the packages containing the drivers you want that you get from the manufacturer websites make you install PC suites that also offer the chance to backup, sync contacts, etc. Often these types of packages are considerably larger than just the driver files, meaning they’ll take up more hard drive space. If you’re really only looking to use up a minimal amount of hard drive space and you aren’t interested in any other features, then you ought to give the Universal ADB Diver package a try instead of any of the PC suite offerings.

in USB Drivers No Comments

Mat Diekhake is the editor of ConsumingTech.com. He has been inseparable from the internet since Web 2.0 in 2005, and by 2008 decided on a career in IT. With a never-ebbing desire to cover technology, he spends most days consumed by Windows, Linux, and Android in particular. Though he has spent innumerable hours learning consumer software in general, formally and as an autodidact, and has personally authored over 10,000 articles since 2010. He is a qualified Microsoft Windows systems administrator (MSCA). Read Mathew's full biography. Mathew's social profiles: Twitter, Facebook, Instagram, LinkedIn, and Github.
« Download Leagoo USB Drivers for All Devices» Download Xplay USB Drivers for All Devices