How to Disable iPhone Calling on Mac

Those familiar with the new Continuity feature which arrived in iOS 8 and OS X Yosemite will know all about getting phone calls on Mac from the iPhone. However, what if you want to know how to stop iPhone calls ringing on Mac? That’s something Apple doesn’t tell you about anywhere near as much as they do promote the Continuity feature.

Most people won’t want ever to disable the iPhone calling feature since it’s such a new feature and a neat addition that most appreciate. Nevertheless, you cannot expect all people to like every inclusion and it’s essential we give options for the minorities who have their reasons. 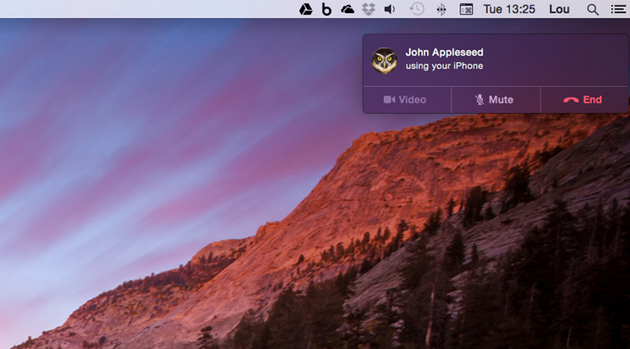 Here’s how you can learn how to stop iPhone calls ringing on Mac:

How to Stop iPhone Calls from Ringing on Mac OS X

1. Turn on the Mac of your choice and launch FaceTime.

3. Look under “you can now be reached under FaceTime at” and uncheck the box for “iPhone Cellular Calls.”

4. You will no longer receive any calls from iPhone on your computer. You can undo the change at any time by navigating back to the same Settings and checking the box.

Mathew Diekhake is a certified Microsoft Systems Administrator from Australia and also the founder and editor of ConsumingTech.com. With a never ebbing desire to cover technology, he is mostly consumed by Windows and Android. However, he has spent stacks of hours learning about a variety of computer software, both formally and informally, and has authored tens of thousands of tutorials and news articles since 2011. Mathew has obtained many Microsoft certificates and is a qualified Systems Administrator (MSCA). Read Mathew's full biography. Mathew's social profiles: Twitter, Facebook, Instagram, LinkedIn, Github
« How to Enter Fastboot Mode on OnePlus 2» How to Add Startup Items on Mac OS X