Now it’s time to show you some cool pictures that will trick your mind. The first is a woman at the gym doing some weight-lifting. It’s only light weight-lifting, and if you look at the picture, you can see that it looks like she has no arms and that the bar is her arms. How does that happen if your arms are touching and lifting the bar, though? It must be the lighting in the room going up against her white top, and even though the picture doesn’t look like it has glare, it is making it harder to see the natural colors of her skin tone up against her top. 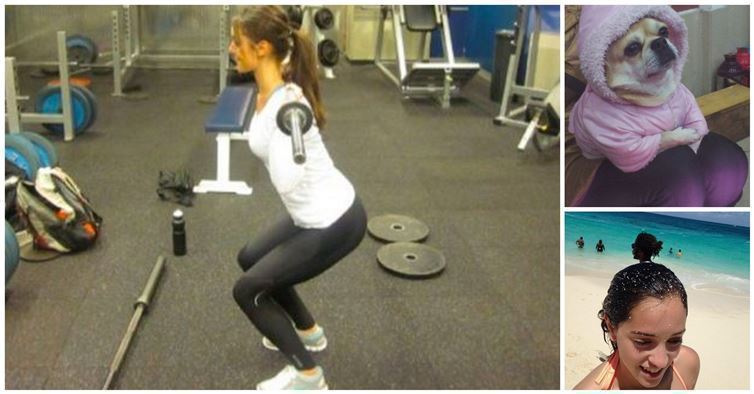 The second picture is of a boyfriend and girlfriend having a friendly kiss. However, if you take a look at their noses, you’ll see what appears to be her nose sticking out like a witch. Again we have another play on lighting because that’s actual his nose and not hers. The nose of the woman is on the other side of his, and you can’t see that from this side where the camera is taking the photo. It’s because the base of his nose has the round nostril shape that it looks like it’s curving down as her nose. 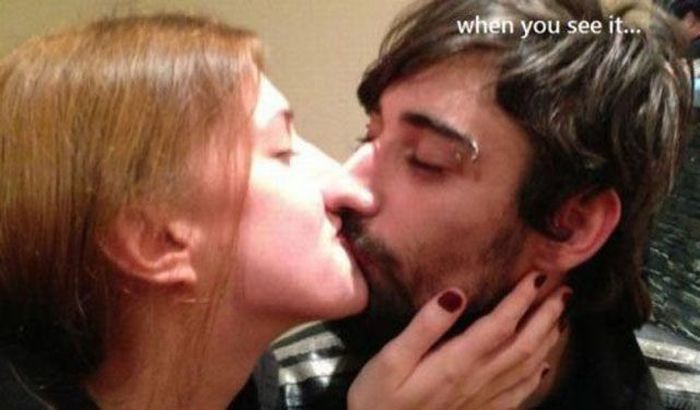 The next picture of a kid’s soccer match. We usually don’t think that guys and girls play soccer together, so the first reaction to this picture is a boy with a really long mullet. However, if you pan down a bit further down past his face, you’ll see two different shirts that don’t match up evenly. Yes, that’s a girl behind him, but her head cannot visually be seen ta all behind his. It’s only when you get down to the shirt which is why it’s giving us the optical illusion that he has really long hair. 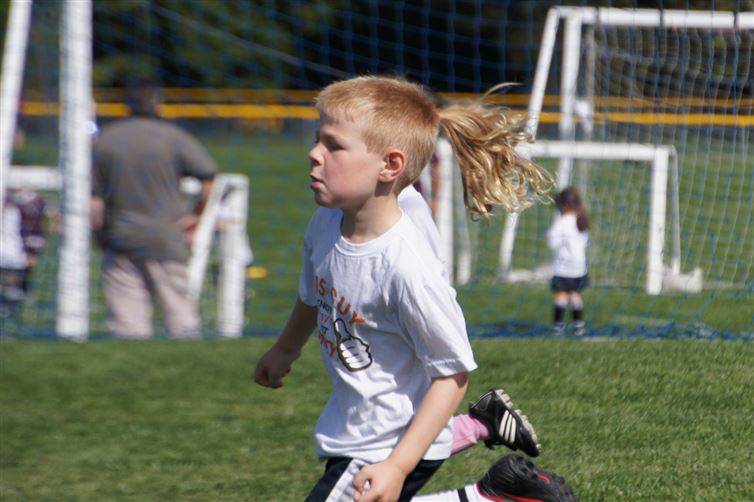 One of the oldest tricks in the book is to set yourself sideways and take a picture, so it looks like gravity is all out of wack. The easiest way to make that happen is to make you (the subject) sit sideways and have the world around you normal. That give the illusion that the world around you so completely defying gravity and very odd. You can make that happen by laying down and having your legs go up the side of the chair instead of the top aspect of the seat where you would usually rest your behind. That’s what the man is doing in this picture too. 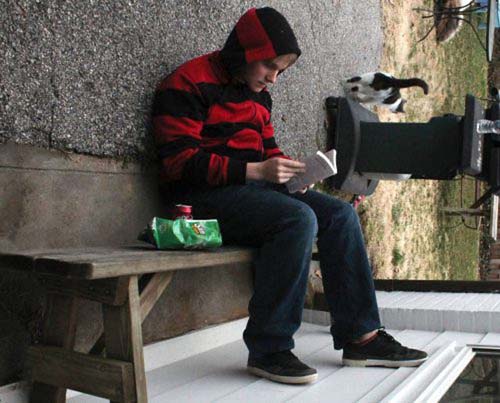 Ever eaten out for dinner and the separation wall between you is a mirror? Well, if so, you’d probably know the one in this picture. Sometimes they keep going up, and if you are more familiar with the type that does keep rising, then you might automatically start wondering where this woman’s head is! Well, it turns out that the mirror stops about where the neck would be, so you do not see a mirror image there. Instead, the room keeps going. Since the camera angle is high, you cannot see the woman’s head. That’s why it looks like she doesn’t have ahead at the moment. 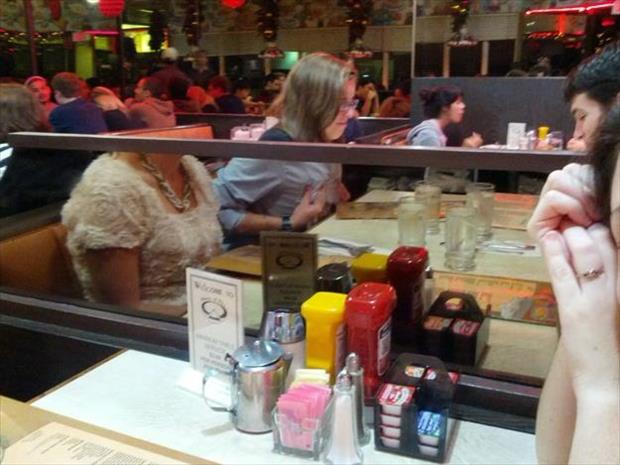 The next image is a cute looking cat resting its head on the top of a fence pole. As you can probably see, the pole is large and made of metal; it’s also covered in some rest. Therefore, you have to wonder why on earth this cat has it in its mouth. Well, it doesn’t really have that pole in its poor mouth. Ouch! Instead, it is resting the bottom jaw ( fully closed) on the top of the pole, but the way the picture is taken it appears as they are inside. 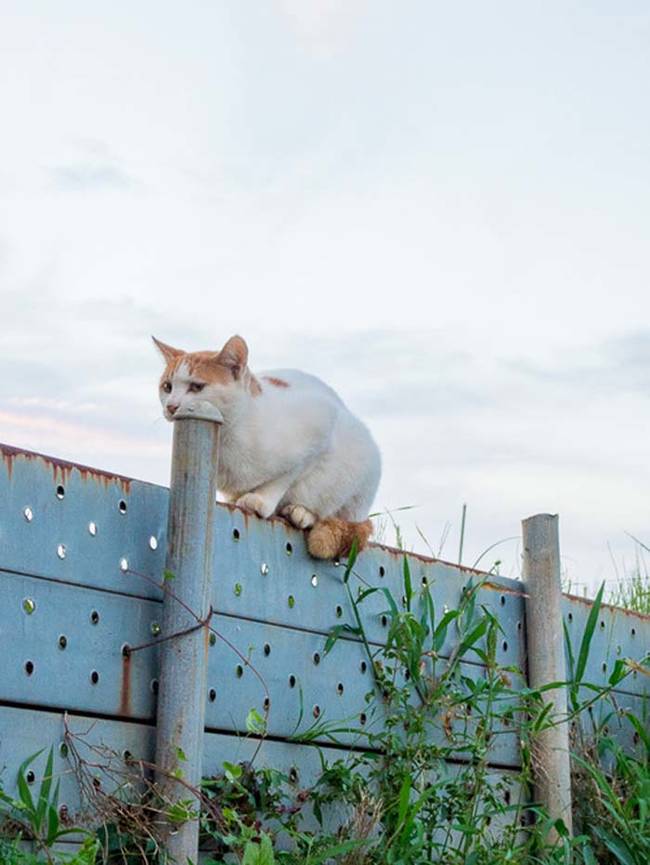 The next image is going away from the pain of people and giving us something that doesn’t require us thinking of any pain unless you count trucks back for something with feelings. Here in this picture is appears as though the truck’s back has a giant ship on it, but it’s just the view. That ship is moving in the ocean in the background behind where the truck is and it just sods happens to be driving past the truck at the same time this person is taking a photo behind the camera. It’s not known whether they are taking the picture and just out of chance this has happened or whether they set it up and are purposely snapping the boat. 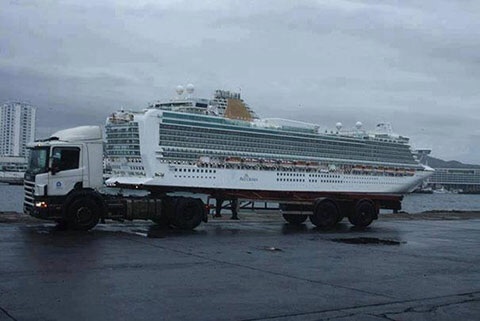 Here is the most creative picture that could potentially have a chance of winning an art award. For starters, lets take a look at the scenery. It’s taken on a beautiful beach somewhere that’s about as close to paradise as you could imagine. Secondly, the camera quality is superb; you can see the water droplets in the lady’s hair that haven’t dried yet, along with pieces of sand from the beach. However, the most impressive part is if you look at the background again you’ll notice that it is another man’s hair that is walking behind her, That’s not her hair in a pony tale as it appears when you are first glancing at the photo. Once again, it’s unknown whether they set this up on purpose or whether it’s by chance/. However, the dark man looks like he is walking in action and she doesn’t appear as though her mind has anything to do with him. Knowing that I would guess that this picture is not set up at all. 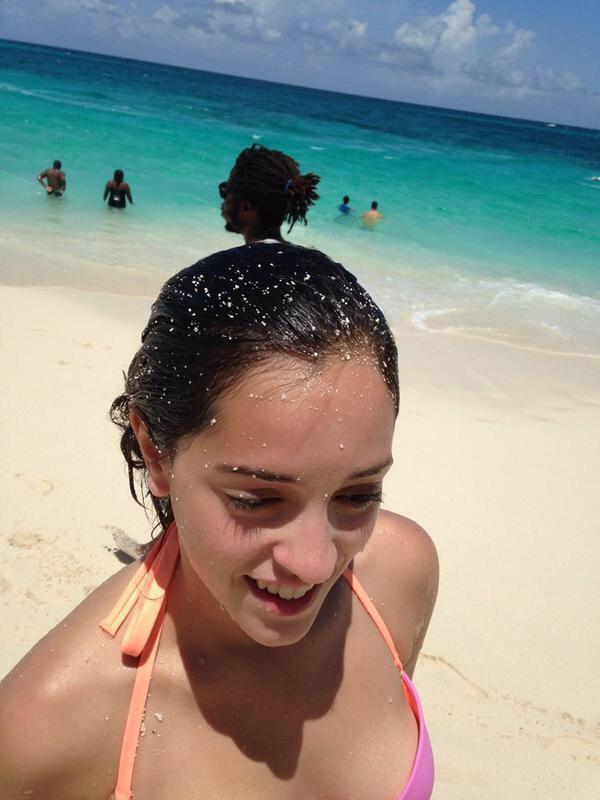